The 13 best beaches and coves of Xàbia

One of the main attractions of the municipality of Xàbia and the tourist attraction of visitors and tourists are its beaches and coves. Its crystal clear waters and the enclave that surrounds them, uniting the blue of the sea with the rocky mountains and Mediterranean vegetation, make the 13 beaches and coves of the town spectacular places. 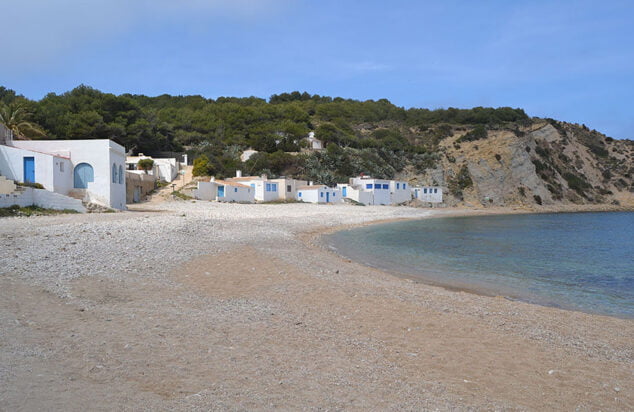 Jávea or Xàbia has 20 kilometers of coastline that comprise these beaches and coves from the Cape San Antonio (northern part) to Cala Granadella (South Zone). Many of them are located in places with unparalleled charm, which attracts visitors from all over the world. But of all of them, and although it is a difficult choice, according to the evaluation of some tourists, they stand out these three are the best.

This is an old cove that was under the cliffs of Cabo de San Antonio and was 50 meters long. The Tangó Creek It was considered one of the most charming places in the Valencian Community, but unfortunately nature has made it disappear. Currently bathing is not allowed since only a rocky part remains and there is a danger of landslides. 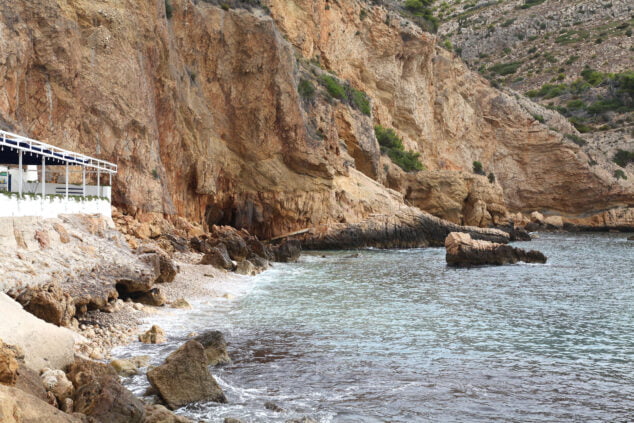 For more information about this cove and its history visit this link.

La Grava beach It is an urban beach, located in the seaside neighborhood of Duanes de la Mar. This beach has an area of ​​290 meters and its occupation is usually medium. It is surrounded by a large promenade, 500 meters long, which makes it the meeting point for visitors and tourists due to its wide range of leisure activities as well as the spectacular views it offers of the Bay of Xàbia. 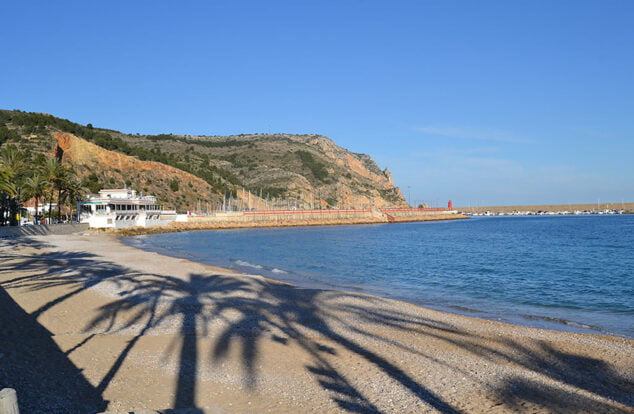 Know all the details of this beach here!.

La Playa del Primer Muntanyar (or Montañar) or Playa del Benissero de Jávea is the largest beach in the municipality as it is approximately 2 km long and 30 meters wide. 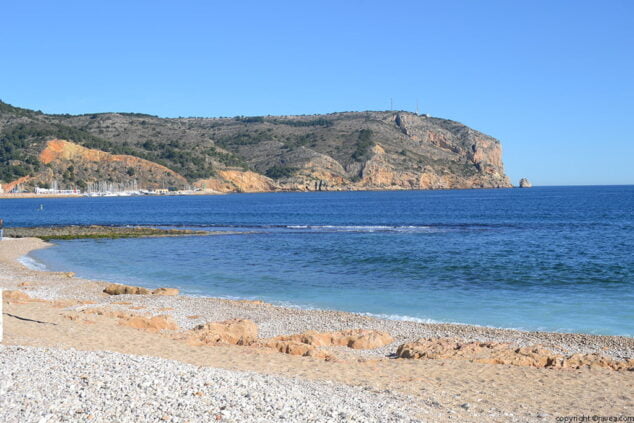 Beach of the First Mountain of Xàbia

It is a semi-urban beach that is characterized by the great history of Roman times that its rocks hide, as well as its leisure offer, since it is the only one on its entire coastline that houses 'chiringuitos'.

More information about its services and characteristics click here!.

La Minister Creek It is located in a privileged place between the First Montañar and the Playa del Arenal. In addition, in this corner there is an archaeological site from Roman times. 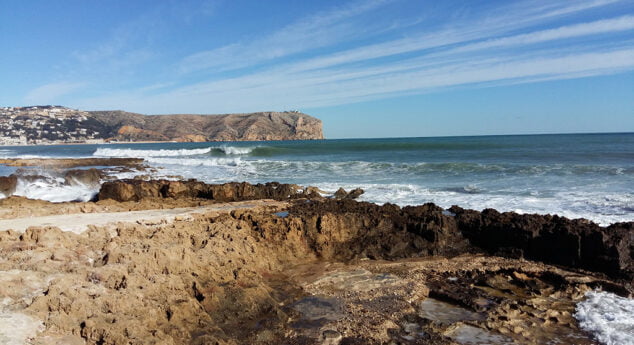 Discover more about this cove in this article.

La Playa del Arenal It is the only one with sand in the entire municipality. With its 480 meters in length, it is an urban beach with shallow waters and coarse sand. It is located in the main tourist center of the town and is one of the best known and most frequented beaches by bathers. Among its charms are its views and its wide range of gastronomy and leisure. 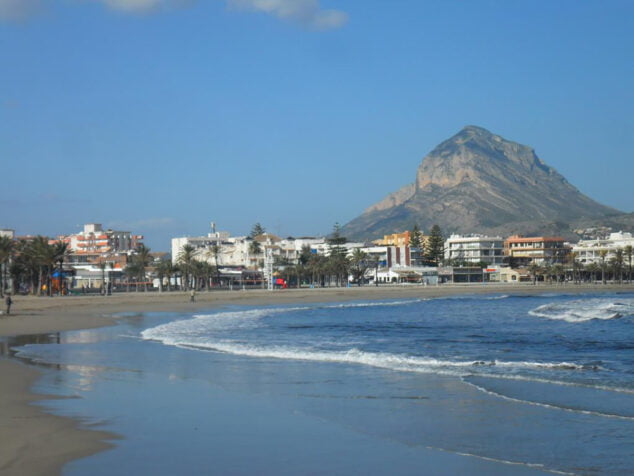 More information on the Playa del Arenal en this section.

the beach of Segon Muntanyar or Second Mountain of Jávea, also known as the Sèquia de la Noria, is approximately 1.700 meters long and meters wide. Its occupancy rate is low because it is completely made of rough stone, although this is the charm of this beach. 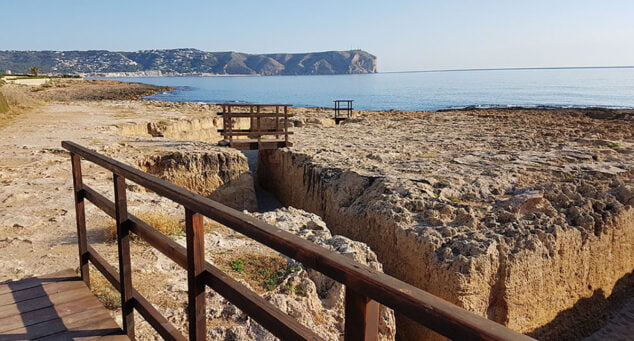 In these rocks you can see the carving and the extraction of the tosca for construction. On this beach is the Mirador de La Séquia de la Nória, a channel excavated on the "toscar" that facilitated the entry of seawater into some salt flats.

Know all the details of this beach in this link.

This small cove, known as Cala Blanca or first Caleta, has a length of 80 meters and is the favorite spot of many visitors and residents of Xàbia. Your name, Cala Blanca, derives from the whitish color of the rocks of its cliffs. 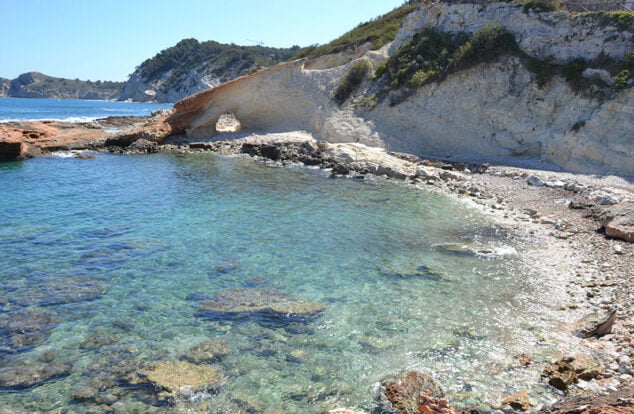 This cove is barely 40 meters long and is characterized by its rough stone arm that goes out to the sea as a barrier. Both beaches or coves are connected to each other by means of a rock that gives access.

Get to know all the charms of these two coves in this article.

La French cove It is located between Cala Blanca and Cap de Sant Martí. It is an almost hidden place that is difficult to access. It can only be reached by sea or on foot along a hidden path. Its name is due to the well-known French painter, André Lambert. 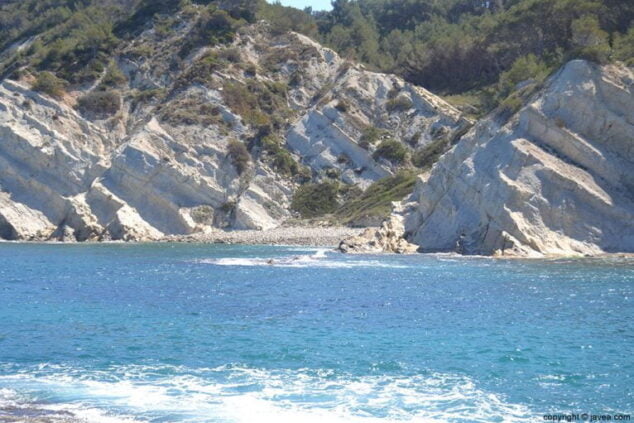 Cala Sardinera is a small virgin cove approximately 200 meters long, which makes it even more special. Its name is due to the fact that in the past it was the perfect place for sardines and these fine nets were set twice a day, during sunrise and sunset. 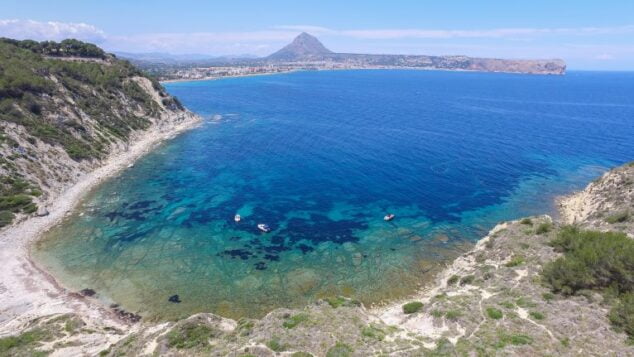 Access to this cove is also what makes it special, since it is not direct, but the only way to get there is on foot, entering through nature from the Mirador de la Cruz del Portitxol or by sea.

More information about your accesses in this point.

The old white and blue fishermen's houses and the island of Portitxol are the main charms and attractions of the Cala de la Barraca or Portitxol which makes it an obligatory appointment to visit. On the one hand, the famous blue door that invades social networks is located in this corner of Xàbia and on the other, the island, of great botanical and archaeological interest, located in front of the beach or cove, makes it the place desired by many. tourists. 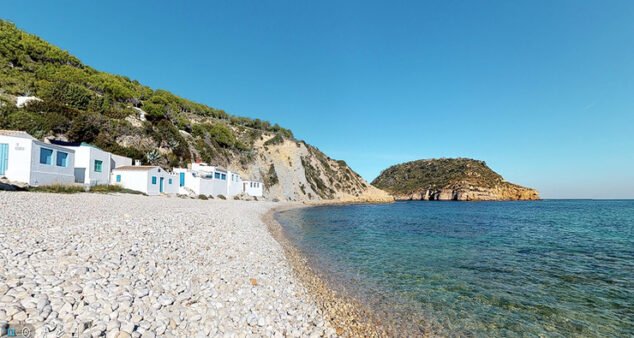 Sign in this article to know all the details of this corner of Xàbia.

La Cala Ambolo It is a nudist beach, the only one on the coast of Xàbia, virgin, with crystal clear waters and made of gravel. Its length is about 300 meters and it is currently closed due to the risk of landslides. 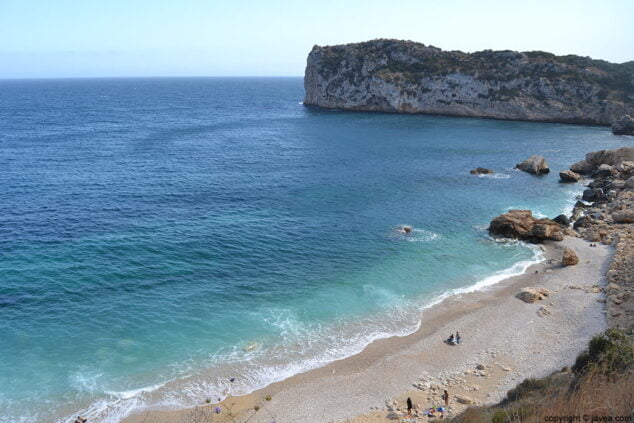 Nestled in the Granadella Forest Park and 160 meters long, the Cala Granadella It becomes one of the most desired corners by visitors. Its crystal clear waters and its collected landscape characterize this cove as one of the best. 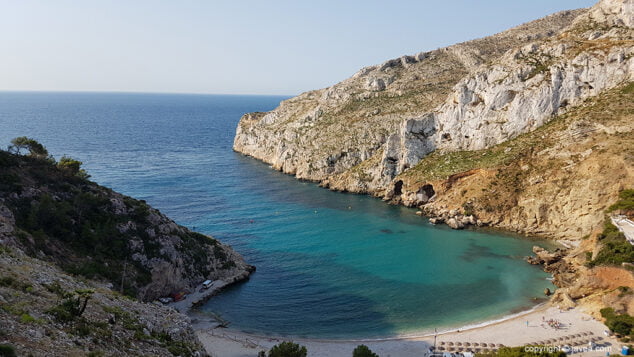 Know all the details that surround it in this report.