The player María Cardona Morant, a xabiera who currently plays in the ranks of the CB Benidorm, already has in her palm trees a title of Spanish youth champion as a component of the Valencian National Team. With this deed the Valencian team revalidated the title achieved in the last edition. 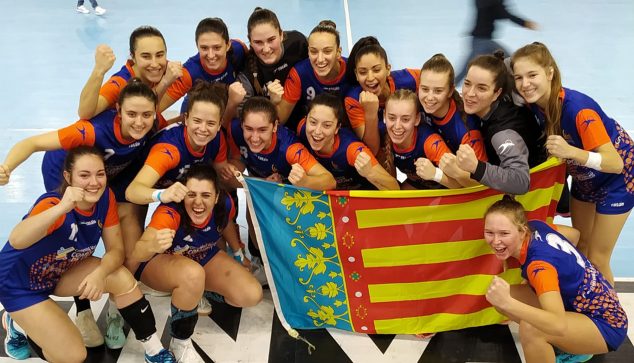 The great women's youth final was the first to be played at the Palacio de los Deportes. With the live Teledeporte cameras, Madrid and the Valencian Community played a beautiful game. Both squads started somewhat nervous, although they soon showed their best virtues. Kenya Casia made the 4-3 for Madrid by finishing a meteoric counter of his.

Madrileñas and Valencians remained couples throughout the first act. The goals of Zaira Benítez, the connection with the pivot and the stops of Lucía Pastor helped those of Rocamora reach two ahead of the break, 12-14. 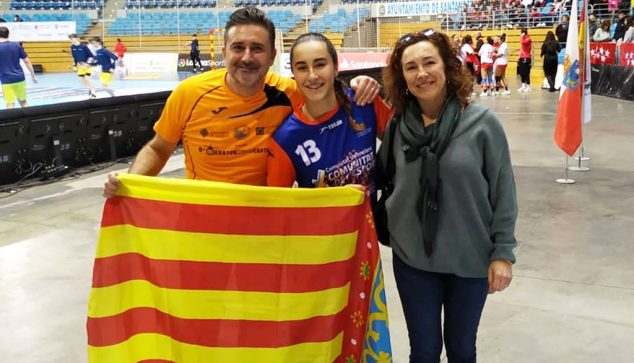 María Cardona with her parents in Santander

In the resumption, the Valencian players achieved a partial that placed them five ahead thanks to Lucia Guilabert. With 15-20 in the electronic, Madrid regained his pulse and threw himself for an equalizer that did not finish arriving. In fact, Laura Gil's had a ball to get it in the absence of a minute and a half.

However, Lucia Sacristán committed a foul in attack. With 23-24, Lucía García managed to beat the Madrid arch and give half his title. In fact, with 23-25, Madrid lost the ball again and the title was dressed in orange and blue. Even more when Elena Amores raised the lead to 3.

Kenya's final goal was sterile and Jaime Rocamora's revalidated the victory achieved in Valladolid last year, winning 24-26. The third place in the CESA women's youth tournament went to the tough Andalusian team that defeated Navarra by four , in the third and fourth place held at the Albericia.

In this row, the xabiera María Cardona contributed a goal and did a great defensive job, being key in the triumph of her team. The victory of the Valencian team began from behind, in defense, where María Cardona is a true specialist.

Highlight the great support received by their relatives from the stands, a spirit that despite the distance with the track if it was noticed. María Cardona was very happy after the game and commented that "It's something very big" "We are in a cloud of happiness, it has cost us a lot to reach the title and now we are going to enjoy it to the fullest" Cardona declared.

The Xàbia player hopes that the year 2020 that has begun with this victory will have its continuity, and that is that the past year has been hard for her because of the injuries. From here, congratulate María Cardona and all her companions for the success.