The yachtsman from Club Nautico de Javea, Enrique Luján, looks for the glory, next to its companion Antonio Torrado, in the championship of the world of candle in the class 49er that is disputed, since this Wednesday, in the locality of Risør in Norway. 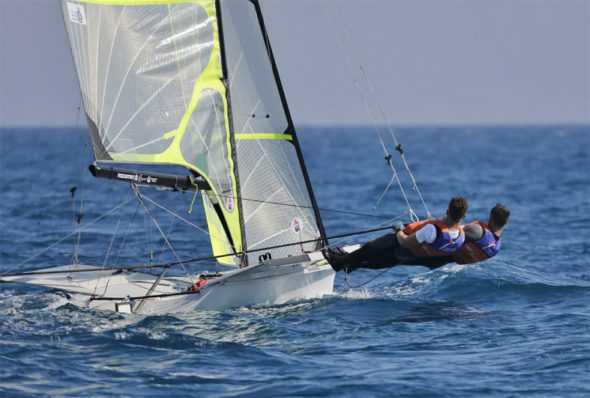 The couple of young people, the technification project of the Valencian Sailing Federation and the Nautical Clubs of Jávea and Torrevieja, arrived two weeks ago to the Nordic country to train and meet the regatta field located in the North Sea.

Luján and Torrado meet with this test one more milestone of their preparation to reach the highest levels in the season. In fact, during this year they were proclaimed winners in the 49er Spain championship played in Torrevieja, and they were the first of the youth category in the Princesa Sofía Regata trophy that was played in Palma de Mallorca.

The Valencian will not be the only Spanish couple to compete in this test as they also come two other male and one female couples that will join the hundreds of boats from other countries.