A few weeks ago I announced Xàbia.com that after the promotion playoffs dispute there would be news in the ranks of the CD Jávea. The first novelty is the official confirmation by the board of directors, David Tíscar, of the signing of Luís Carlos Martín Asensio.

This player who has extensive experience in the Third Division, arrives after wearing the CD Almoradí shirt last season. Luis Carlos, is a midfielder who usually plays on the left wing, is 29 years old and raised in the Valladolid youth academy. 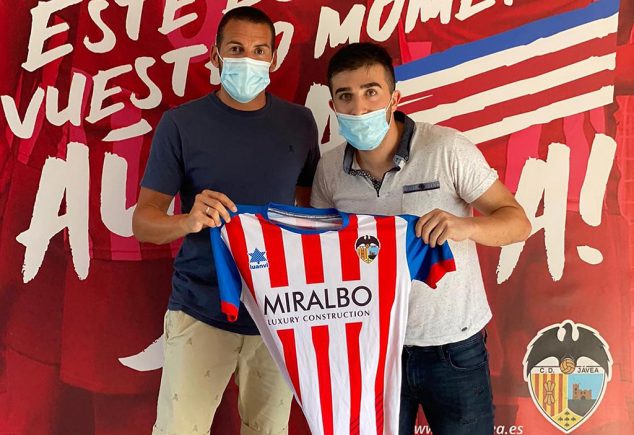 In the 2010-11 season, he came to the discipline of Hercules CF, to play on the branch team in the Preferred category. A season later he wore the Murcia CF shirt, in group 13 of the Third Division. The following campaign he returned to the Alicante area to play in the Third Division with Torrevieja CF. A year later he played at the Jove Español de San Vicente.

In the 2014-15 season, he wore the Novelda shirt and later played two consecutive seasons at CD Torrevieja. The penultimate campaign returned to play in Novelda and last season ended up defending the colors of CD Almoradí in group IV of Preferente.