Lucy Crosbie, sailor from the Club Náutico de Jávea, was the best in the Optimist A Cup in Altea

This was the second round of the season for the Optimist class A sailors, and Crosbie took second place in the girls' classification behind Blanca Ferrando from the Real Club Náutico de Valencia, and was 11th overall. absolute. 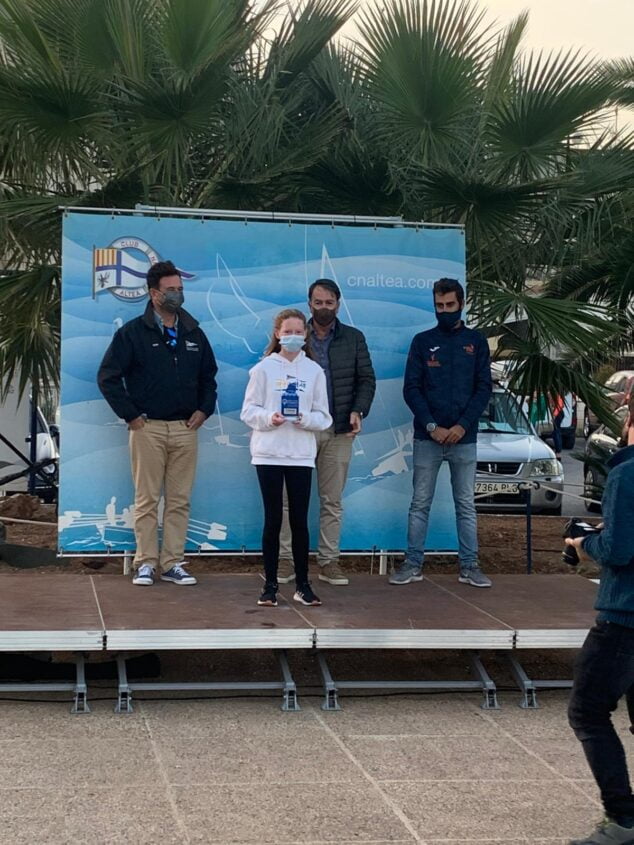 Lucy Crosbie with the trophy

Meanwhile, in the bay of Valencia, Arantza Reig and Ángel Poveda made their debut in official competition, in class 420. The sailors of the Club Náutico de Jávea were fourth in the general classification and continue to train to adapt to this new boat.