Great chefs from Xàbia have gathered at Gastrónoma 2019

Nazario Cano (El Rodat Restaurant), Alberto Ferruz (Bon Amb) and Borja Susilla (Tula), have been the three chefs from Xàbia who have gathered at the Gastronomy Fair in Valencia, Gastronomy 2019, which took place from 10 to 12 in November and in which a total of 40 Michelin stars and 50 Repsol soles participated.

Nazario Cano was in charge of opening this event preparing a tasting menu, unique and exclusive within the new proposal of ephemeral restaurant that included the fair. The chef of Xàbia's cuisine merged, ephemerally, for the first time, with that of Rubén Escudero, right hand of Gastón Acurio in Manko (Peruvian cuisine) (Paris- Acurio Restaurants). The diners who could taste these dishes also shared their perceptions with the chefs. 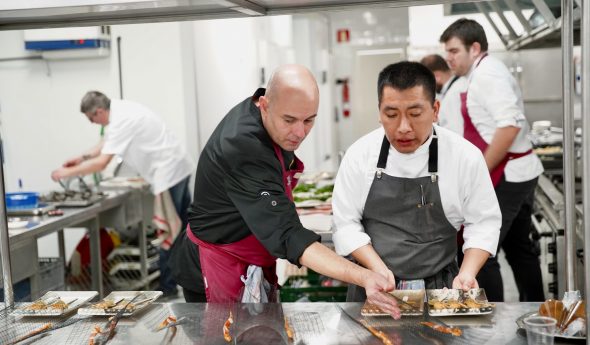 Nazario Cano in the preparation of the Gastrónoma menu

On the other hand, the young chef, Borja Susilla showed his potential on Monday, a day dedicated to the Costa Blanca and in which the chef of Tula, along with other promises of the kitchen, prepared a special menu entitled 'The future of gastronomy on the Costa Blanca ' to publicize its potential and demonstrate that gastronomic excellence is guaranteed.

Snacks, four main dishes, pre dessert and dessert made this meal a unique experience in which to taste product and culture from Alicante. 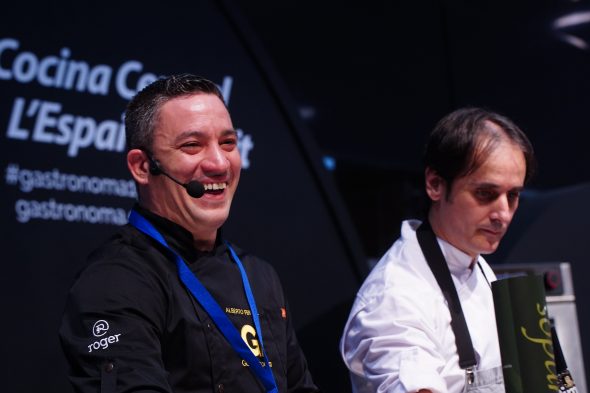