The underground car parks of Xàbia will have the demanded ATMs

Xàbia will modernize in the coming months the access control and management system of the underground car parks in the Plaza de la Constitución and the Portal del Clot.

In the next plenary session, the City Council will award this service for the next five years for 862.947,88 euros to the company proposed by the contracting table: Parking Surface Cádiz SL This new contract will mean a more modern and efficient management of the facilities, as well as a progressive digitalization in the service. 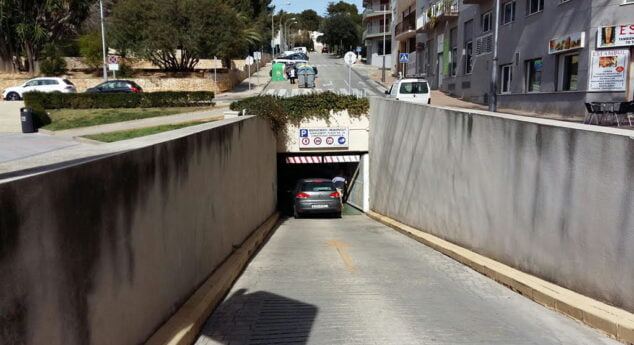 Initially, the car parks will be managed with the existing machinery and elements, but within a maximum period of 2 months, a telemanagement system must be implemented, which will be combined with basic face-to-face service in both car parks.

One of the main novelties is that ATMs with card payment terminals will be installed, one of the main demands of users. This contract also includes the daily maintenance and cleaning of the car parks, their dependencies, entrances and toilets.

The municipal car parks add up to a bag of 881 spaces between Plaza Constitución and Portal del Clot.

New goodbye to a historic business in Xàbia
July 31, 2022

Les Marines-Alacant public bus service: what stops and routes will it offer in the Marina Alta?
July 30, 2022

Xàbia returns to the Casa Mediterráneo Consortium as a founding member after almost 10 years
July 29, 2022

Ministry puts out to tender the CV-202 Les Marines-Alacant bus with fast track to the Marina Alta
July 29, 2022

28.803
1.993
9.290
785
We use cookies necessary for navigation and traffic analysis. We do not use cookies that provide us with personal data or advertising cookies.
More optionsACCEPT
Manage consents