Having recovered the calm of the storm lived in recent days, Xàbia is recovering maximum normalcy. This wording has traveled, from north to south, the xabiero coast to show the great work that is being done from the town hall and the affected owners, who were working on cleaning and damage balance to recover day to day. 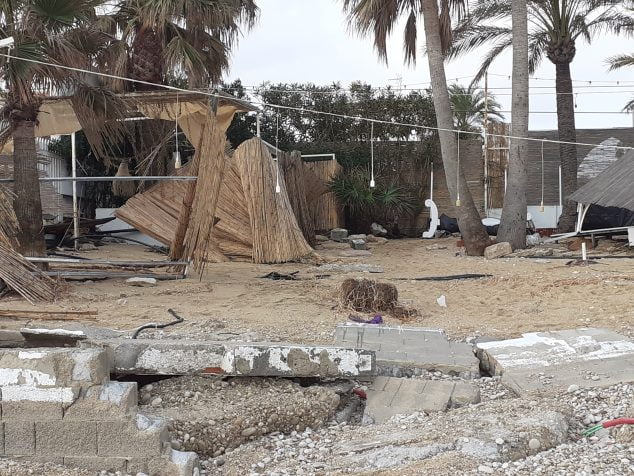 In the area of ​​Duanes de la Mar, among the large number of businesses affected, there is also the promenade and the Exhibition Hall of the Casa del Cable. At this point, the storm has destroyed windows, tables, doors, appliances, awnings, tables and chairs among other damages. In some businesses, "The protection we put in place to prevent the storm from affecting us has not caused any effect; a large wave accompanied by a rubble burst the door, the door and the frame, entering water in the premises", said an owner. Another added that "the water entered through the window and came out on the other side. The amount of damage is high exceeding 15.000 euros per room", said the affected. 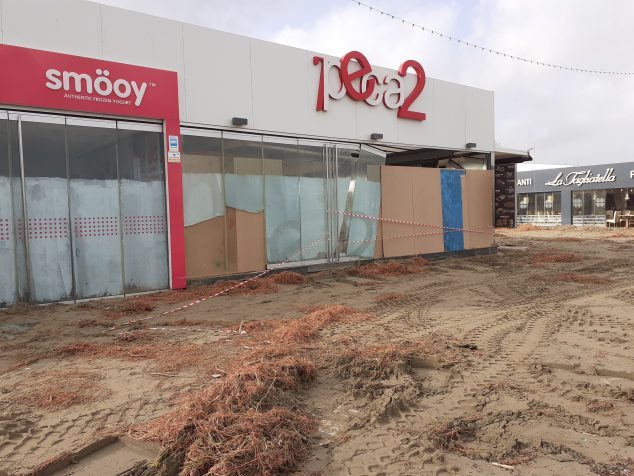 And it is that all the owners receive these days the insurance expert to be able to resume when before work, "For now we will place some provisional doors to open this weekend, waiting to have the tables"They claimed in a restaurant.

In the First Montañar, Amjasa operators worked on the Triana Bridge, cutting the conduits for their imminent demolition and construction of a new one after the current one suffered a great deterioration. Also, the machines continued working in this area returning the gravel to the beach of Benissero to be able to recondition it. 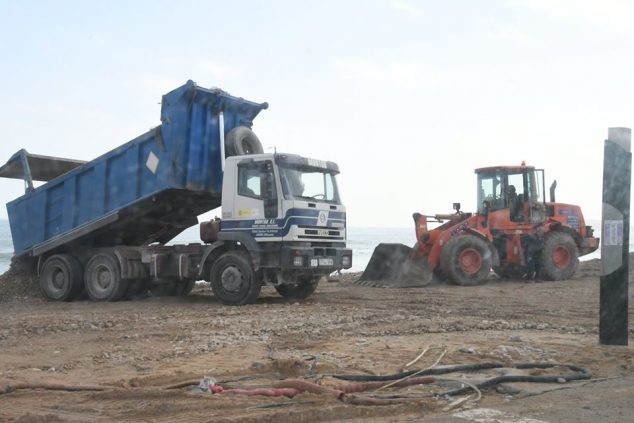 As for the two beach bars located on this first line of the sea are practically destroyed, the owner of one of them was optimistic about his damages saying that "It could have been worse, the wall of the place has saved us from greater evils", although it should be noted that in both places the gravel has entered the kitchen and warehouses. 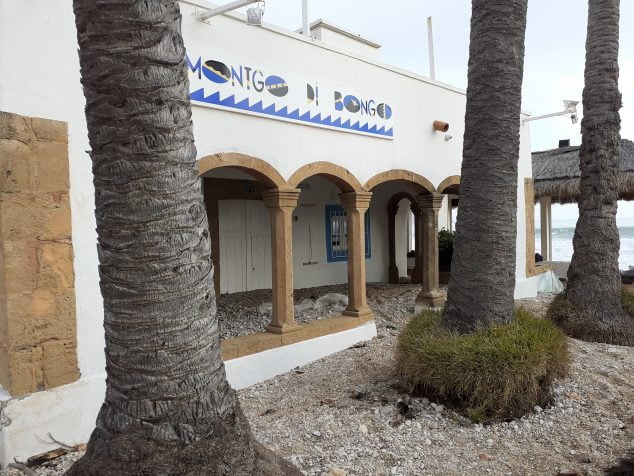 Moving to the Arenal area, the most affected has been the central and southern part since the premises have suffered broken windows, the furniture is useless since the water has entered the business. Two of the affected businesses have worked hard to open between today and tomorrow.

And in the area of ​​Cala Blanca, the walk returns to normal with damage to the wooden and furniture walkways. Regarding the beach bar, it has been demolished and full of rubble. A difficult situation that tries to leave aside and continue with the day to day. 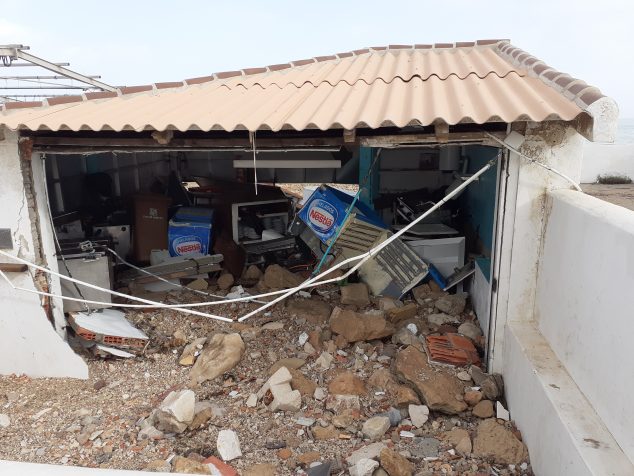 From the City Council the emergency works continue to recover the maritime strip of Xàbia after the storm. The result of this operation is already visible both on the Arenal and La Grava promenade, the latter already fully passable. 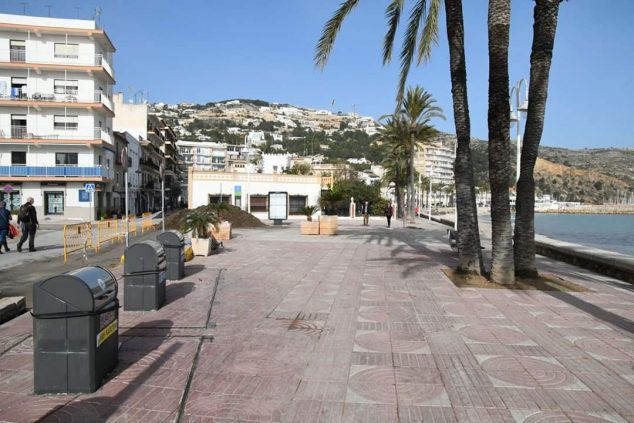 As for the Avenida del Mediterráneo, you can already drive from the Parador to the intersection with Bologna Street, since the shovels have removed the gravel that is already being poured back on the beach. The machines now work in the section closest to the mouth of the Gorgos. In the Arenal remains to remove the sand and furniture displaced by the waves on its flank located further south. The rest of the ride is also operational. 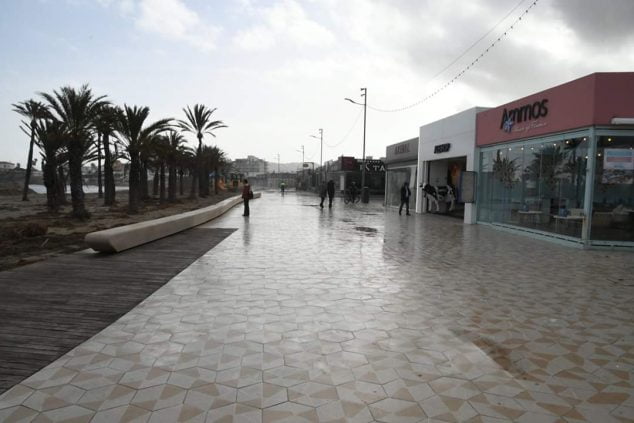 Part of the walk of the Arenal beach already passable

The cleaning device started on Monday in the areas where it was safe to work and today Thursday, just over 24 hours after the pre-emergency situation was lifted, much of the affected area is open again. Once this first phase of road cleaning is finished, damage to beaches and public infrastructure can be assessed more accurately.

The mayor, José Chulvi, has also been supervising these works and talking with affected individuals. He has also accompanied the general director of Ports, Emilio Obiol, to review the damages suffered in the port in order to plan solutions to make this port area safer. 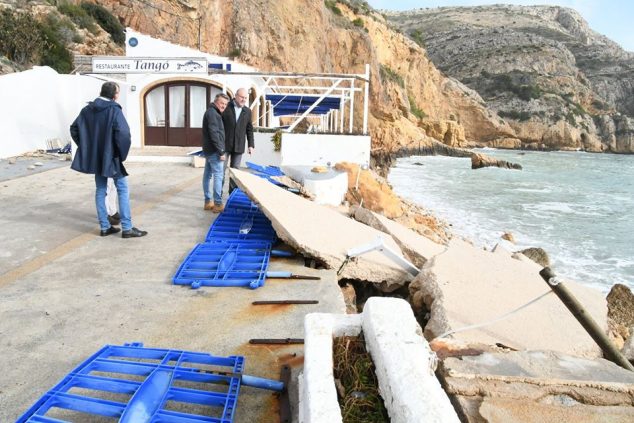 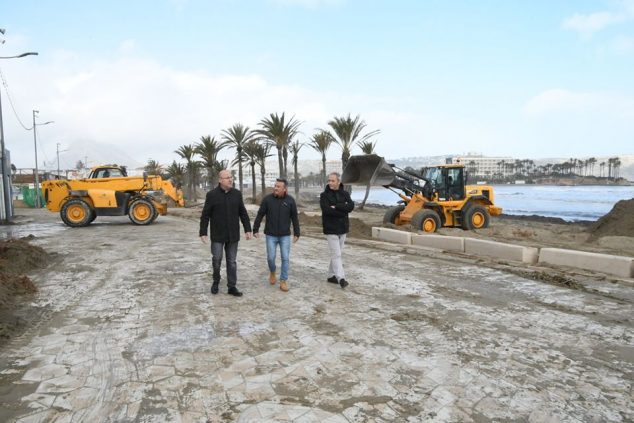 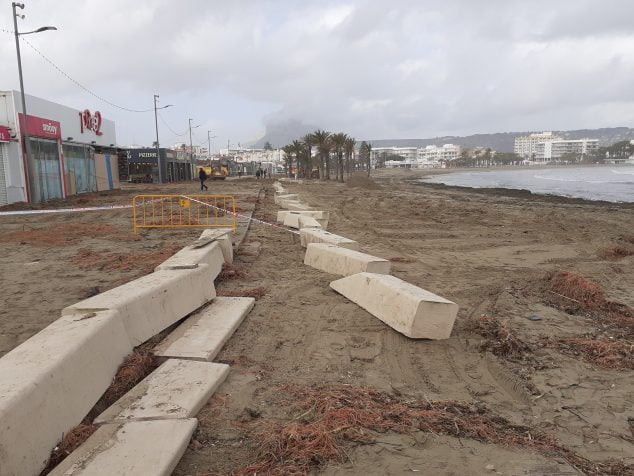 Return to normal after the storm
Related articles