The Official Language Schools have extended the admission period until Friday, September 20

Due to the red meteorological alert of last Thursday and Friday in different regions of Alicante and Valencia that forced to cancel the extraordinary tests of certification of languages, since, since they were unified exams, they could not be carried out if part of the EOIs were closed , and many councils decreed the suspension of classes, the Department of Education, Culture and Sports have extended the period of admission and extraordinary enrollment for the 2019-2020 course of language teaching taught in official language schools ( EOI) Valencians.

The postponed tests have taken place this Monday and last Tuesday, so the extraordinary admission with the opening of the telematic assistant for the second enrollment period of all students will be in operation until 23.59 hours on Friday 20 September, one more day than originally planned. 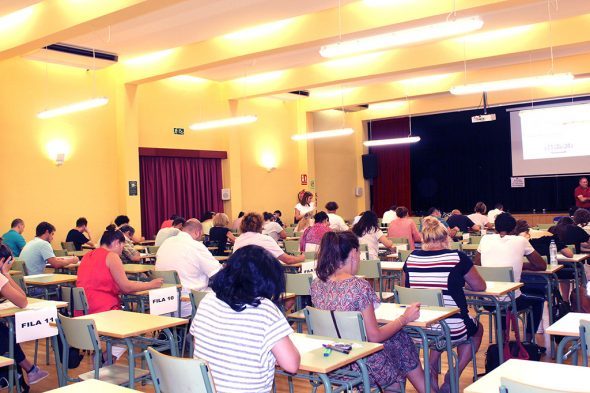 Students during an exam

It should be remembered that this course, Education has simplified the process of admission to EOI, so that students can register telematically in a much simpler way. Users can choose in the same application the courses of different languages ​​in the official schools they want. Before you had to make a request for each language you would like to study and

Lighter than clouds
27 ° C
Humidity: 70%
Wind: 29 km / h ESE
See 7 coming days
Poll
We are sorry but there are no active surveys at the moment