Last Saturday, the 16th Musical Interchange Concert Campaign took place, in which the music bands of the Societat Unió Musical de Alberic and the Artistic Musical Center of Xàbia offered a concert at the Freginal sports court to prepare the International Competition of Bands to be held at the Palau de la Música in Valencia next July 19.

The act began with the congregation of both bands in the Placeta del Convent, and they performed a parade until arriving at the concert venue. The Band of Alberic enlivened the tour with the pasodoble Music and Wine of maestro Manuel Morales and the Xàbia band played Sighs of Serpis by José Carbonell. 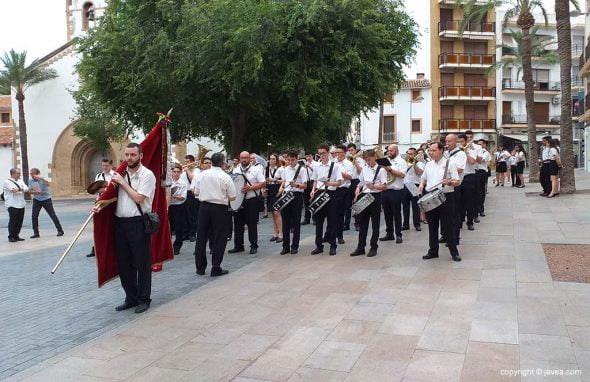 Alberic Unió Musical de Alberic was the one who opened this musical exchange event and acted with the repertoire of the International Contest: El pasodoble Daniela Gómez de los Ángeles by Sergi Pastor, Soulful Stones by José Suñer-Oriola and Second Symphony for Wind Orchestra by Luís Serrano Alarcón Bajo
the address of Daniel Ferrero Silvaje.

Later the Band of the Artistic Musical Center of Xàbia acted, although the strong wind that took place after the 22 hours caused that the musicians could not finish their action, since the act was suspended.

From the programmed repertoire; El Pasodoble Goya by Julián Palanca, Brigantia of the Winds by Eva Lopszye and Angels In The Architecture of Frank Ticheli, the musicians of Xàbia could only interpret the paso doble under the direction of Carles Samblancat.

The next appointment will be this Saturday, 13 July, in Alberic, within the campaign of musical exchange. 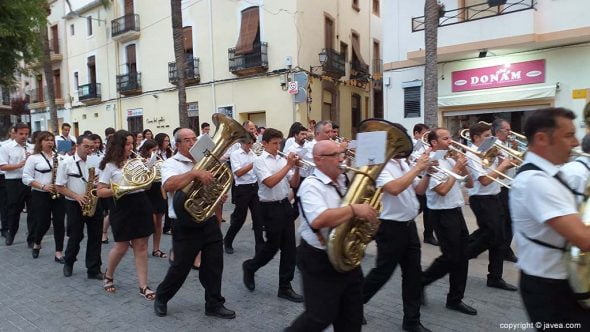 The xabiero, Héctor Buigues, is the new director of the Benitatxell music band
December 03 2019
Leave a comment