The Government Subdelegate in Alicante, Araceli Poblador, and the mayor of Xàbia, José Chulvi, have chaired, this morning, the Local Citizen Security Board in which all security forces were represented: Local Police, Autonomous Police, National Police and Civil Guard and the Councilor for Security, Pepa Gisbert.

The meeting analyzed the data on crime and crime in the municipality, of which it has been highlighted that they are still below the average of the province, and shows that Xàbia "It is a quiet municipality with a security where people can visit with absolute tranquility"Poblador said.

This meeting has also signed the continuity of adherence to the VioGén system (Integral Monitoring System in cases of Gender Violence) that involves local police in the protection of victims of sexist violence. An adhesion to which Xàbia remains since 2013 and to which he dedicates two agents - with specific training and experience - exclusively to this work. 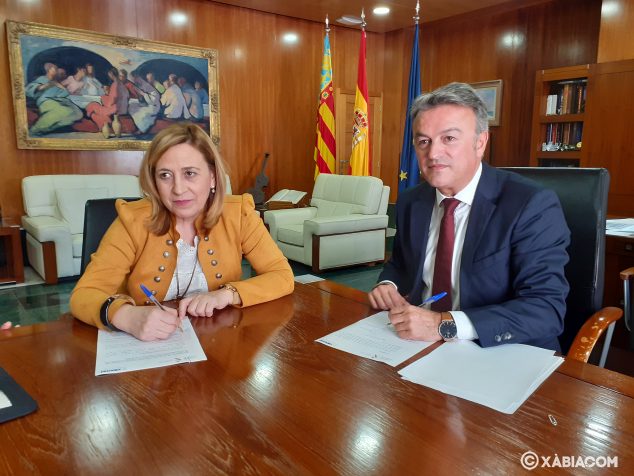 Likewise, the Sub-Delegate has emphasized the importance of coordination and collaboration between the different security forces to achieve these indicators and has emphasized the great work done by the municipality in the prevention of sexist violence, "It is an example against gender violence in activities, equality courses and in collaboration with the Local Police with the Civil Guard in protection of victims."

At present, there are 64 women in the municipality who are undergoing this follow-up, and one of them has been assessed as having a high risk.

For his part, the mayor, José Chulvi, has highlighted the collaboration of the different security forces, "And the data is good but it is not satisfactory as long as there is any issue in the field of security."

From Subdelegation of the Government has taken advantage of the visit to Xàbia to recommend to the population to download the AlertCops application, the citizen security alerts service that allows to communicate quickly and free of charge with the State Security Forces and Bodies. This channel serves both to warn the police of any crime (with the possibility of doing so geolocalized) and to receive security notices sent by public services. 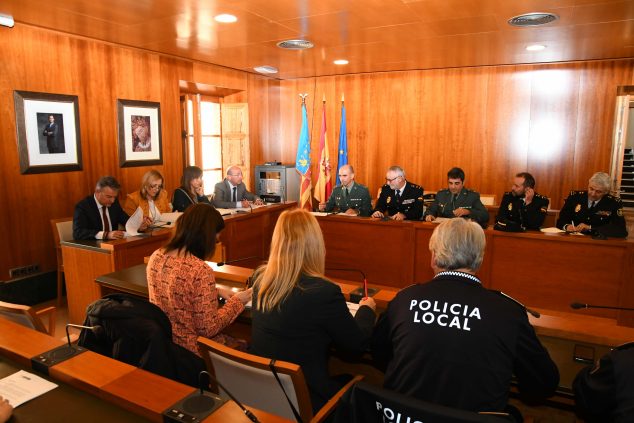 State of the Civil Guard Barracks

The Government Sub-Delegate also referred, in her statements to the press, to the state in which the Xàbia Civil Guard headquarters are located, "We are aware of the situation of the barracks, not only in Xàbia, the infrastructures that the Civil Guard has are obsolete, the facilities to dignify the body must be dignified", and added that the conditions in which they are have been transferred to the Ministry of Interior.

On the other hand, Poblador took advantage of the mayor's presence to congratulate him on the work done as a result of the storm, "He has been on the job helping people, I am confident that Xàbia is one of the municipalities that whenever an episode of cold gout occurs, recovers normalcy more quickly".