XXVI race Volta a Peu Xàbia organized by the Club Llebeig will be the kick off of the 19º Circuit a Peu the Marina Alta.

A Circuit a Peu which was introduced in the House of Paraula Maritime Station Dénia. The event was the presence of mayors of sports organizing races populations that accompanied the representatives of the organizing clubs.

During the ceremony they were making known the timing of the races that make up the Circuit a Peu of 2015 edition. One of the big news is that concerning the awards ceremony of the trophies will be at the Marriott Hotel La Sella, 13 June day, a Saturday, not Friday as has been usual in previous editions.

During March there will be three races on Sunday will be played at 10 hours and then be a break of almost a month because of the holidays of Easter and Passover. testing will resume on April 18 with proof of El Verger to be followed by that of Teulada, these will be on Saturday over the 18: 30 hours. The remaining tests will be Saturday at 19 hours.

The organization of the Circuit a Peu, has published a guide for the corridor to be delivered at the time of removing the dorsal. This is a printed guide which details each of the races. The athlete can make annotations while performing in every race in which you participate. tape will also be given to put the dorsal still very comfortable for athletes. 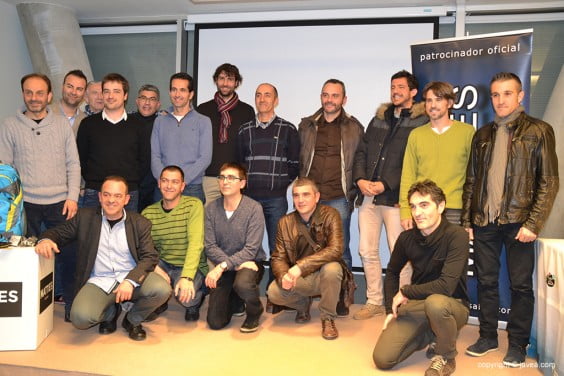 Registration will open from tomorrow until March 3 with cheaper fee. And the 3 24 March to April with no fee rebate. After this date you can not make registration for the Circuit.
For registration must be done through somesport page.