The political groups that are part of the Xàbia opposition (PP, Ciudadanos, Compromís y Ciudadanos por Jávea) jointly presented a motion in this last plenary session in which they requested "more transparency in the management of the government team".

On the one hand, the councilors request to have access to the computer system 'Manage' with which to obtain the information and documentation of the municipal management, a matter included in the state and regional regulations "and that it is fulfilled in the majority of consistories of the region except in the xabiero", indicated the popular spokesperson, Rosa Cardona.

Cardona indicated that having access to the minutes, files, etc, "We avoid slowing down the work for officials when we need documentation for any query." 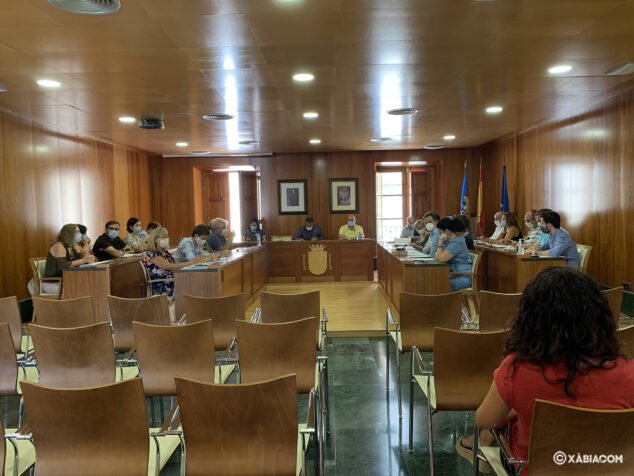 On the other hand, the councilors of the xabiera opposition also request the recording and retransmission of the municipal plenary sessions. From Ciudadanos, its spokesman Enrique Escrivá, proposed recording by means of a camera or analog device and its subsequent publication on a public audiovisual platform, while the tender procedures for the video-minutes contract begin.

Escrivá pointed out that "It is incomprehensible that other municipalities smaller than Xàbia, with a lower economic capacity, do broadcast the plenary sessions, and Xàbia does not."

After the debate, in which the mayor, José Chulvi, indicated that access to the computer system by the councilors of the government team is limited to that they can only consult the information in their same area and not all.

Regarding the recording of the plenary sessions, Chulvi clarified that the plenary hall is not, at the moment, adapted for this type of action and that the City Council is working to make it possible.

Likewise, in response to the opposition's request regarding access to Gestiona, the Secretary General of the City Council intervened explaining legal issues and pointed out that he himself would prepare a report studying the possibility of access to the system for all representatives. In this way it was agreed that the motion would be on the table.

Unanimity in Xàbia for maintaining the traditional fishing of the 'tresmall'
August 28st, 2020
1 Comment