The President of the Generalitat, Ximo Puig, and the Minister of Health, Ana Barceló, have announced the new restriction measures to face the coronavirus pandemic that with its third wave is leaving the worst scenario since last March in the Community . 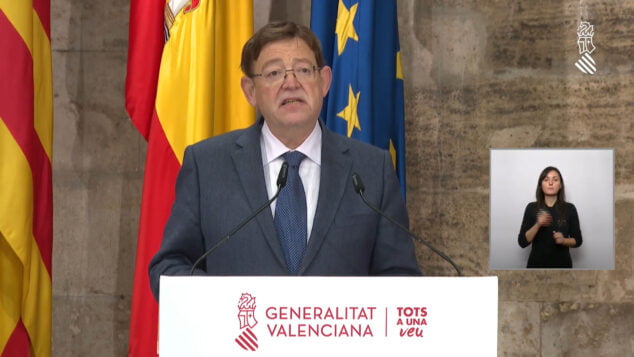 Ximo Puig announces the new measures of the Valencian Community

"The evolution of the pandemic has led us to a serious situation. It requires a strong and immediate response", the president announced at the beginning of his appearance. Before making the new measures public, Puig assured that the vaccination process will be intensified, that health products are guaranteed at least to cover the needs of the next 2 years and that the situation of the hospitals, although it is increasingly worrying , is still far from saturation.

In addition, the Generalitat is also committed to continuing the school year with the same restrictions, so that the boys and girls will return to the classrooms on January 7 as planned to date.

Now, new restriction measures have also been announced that will affect, above all, the leisure time of Valencians and will come into force at 00:00 on January 7. They are the following 6:

'RedMoon', the young artist from Xàbia gets the Gold Record with his latest single
16 January 2021