After two months since the last municipal elections, the mayor of Xàbia, José Chulvi, has announced a small remodeling of the delegated powers of his government team that will be effective from next September. 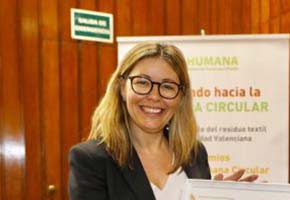 The mayor explained that the reason for this change is because, given the continuity of the government after the elections, "I considered that the Miragall stage at the head of the Department of Fiestas had ended after having managed it during the last legislature, but I let the cycle of the celebrations that had already been worked out and were practically planned". That is why he agreed with him to prolong this responsibility until the September 8, when the festivities in honor of the Virgin of Loreto end.

Thus, from the 8 of September, Kika Mata will be responsible for Services, Works, Attention to the Resident, and Parties, which will coordinate the 18 parties that are held in the municipality and for this will also be supported by the mayor Rita Berruti .

For its part, Miragall adds to its responsibilities of Tourism and Heritage, those of the environment and beaches, resources closely linked to the supply and Tourism planning.