The kick-off of the Patron Saint Festivities in honor of the Mare de Déu de Loreto is just around the corner. The next 24 of August will begin the full program of events with the presentation of the mayorales on Avenida Lepanto, which this year will feature four couples: Isabel Ferrer Buigues and Jorge Andrés Belduma, Tatiana Ferrer Ferrer and Rafa Heredia Nieto, Ana Ribes Ivars and Pepe Ribes Fornés and Loreto Ferrer Buigues and Iván Quiroga Pachés. 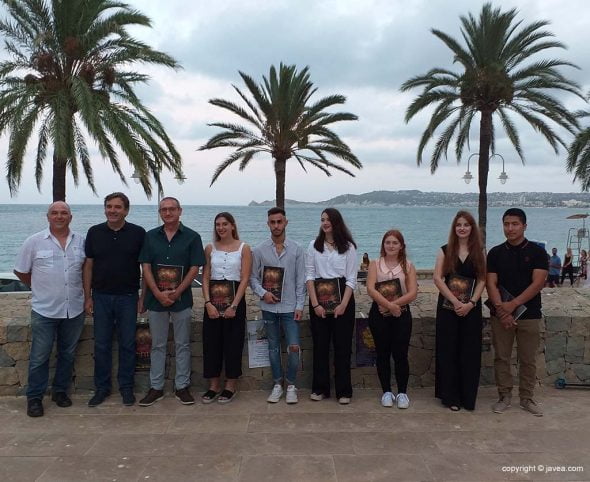 But for the realization of some parties, there is a lot of work behind. "Talking about the party book is sleepless hours, columnists and merchants"said the president of the Commission, Vicente Gavilà, at the presentation of the book, poster and programming, which took place at the Placeta de la Comare Maruja Varó.

Gavilà commented that the novelty of this 2019 in these centenary parties are "more sports activities, a new livestock that comes from Castellón and more cash prizes for the decked streets contest". 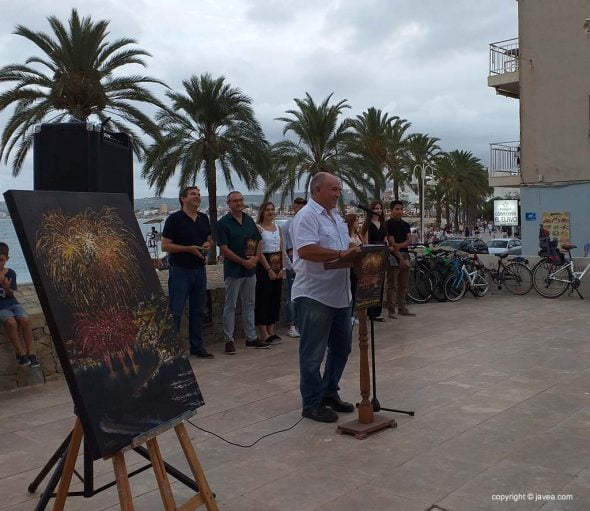 With respect to programming, the parties, although they officially start the 24 of August and end the 8 of September, will already start to warm up engines, this weekend, with the paddle sports competitions organized by the Penya 'The Tremoló'.

The president of the Commission made special mention regarding the poster of the holidays, Irene Iglesias, artist and neighbor of Customs of the Sea, who has been the author of the poster, which has shaped the work Llums based on a photograph of Eugeni Giner. At the author's request, the preparation of the acrylic, an exclusive work, will have a solidary purpose since the Comissió de Festes will raffle it by selling 1.000 tickets to 3 euros each, whose benefits will go to the Spanish Association Against Cancer. The winner will be the number that matches the last three digits of the number awarded in the ONCE drawing of the September 7 and the table will be given to the winner on the 8 day, Mare de Déu de Loreto Day, during the wine of honor that the Comissió organizes at the end of the mascletà. The sale of the ballots will begin in the next few days. 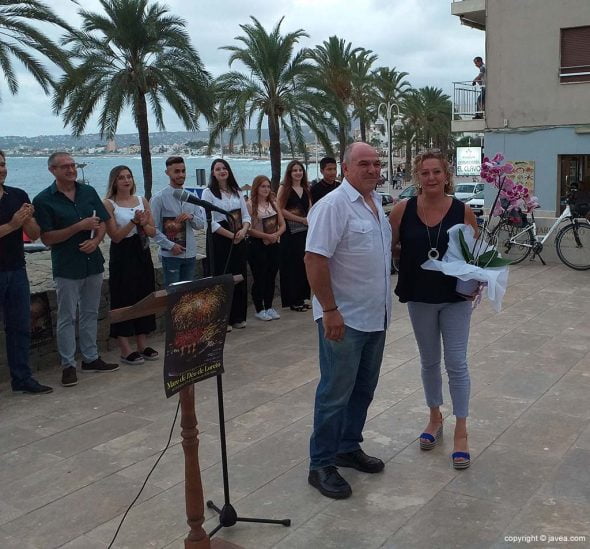 In turn, the councilman Festival, Toni Miragall, was proud to present the Loreto Festivities, "After Fogueres, Moros i Cristians, Virgen del Pópul, Virgen de los Ángeles and Portitxol, Xàbia shows that it is a very festive municipality". Miragall recognized the challenge for the commission publishing the book and thanked them for the work they have not seen. The councilman invited all citizens to enjoy all the acts.

Among the events, the organization highlights the X José Lledó Fast Paint Contest, the XXVIII Chess Championship Mare de Déu de Loreto, the XXXVIII Carrera Popular Penya La Bufa, the concert of the Jove band of the Artistic Musical Center and the night of humor, as well as Els bous a la mar that will begin on Saturday 31 with the inauguration of the "Baret" and will end the September 5. 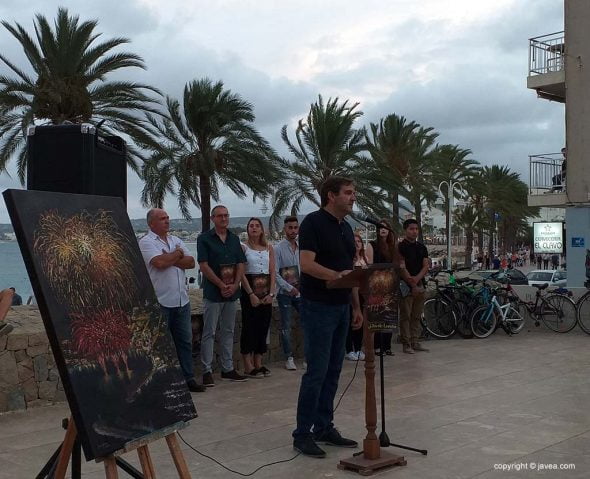 The float ride will be Sunday 1 September, the flower offering on Friday 6 September, and the last two days the processions will take place. The end of the party will be put by the mascletà and the Castle of Aquatic Fireworks.

The special celebration of the 'Nit de Sant Joan' of the Penya Covid-ats
June 25, 2020

Ariadna Serrat, children's regina of Les Fogueres 2020, sends a message of encouragement to the population
June 24, 2020

Streets of Xàbia dress up for San Juan despite not celebrating the holidays
June 22, 2020