The Cavalcade of the Magi in Xàbia will be non-stop

The Three Wise Men from the East have announced their annual visit to Xàbia for the afternoon of Wednesday, January 5. As is customary, they will arrive at around 17:XNUMX p.m. by boat to the port, where their entourage awaits them for the ride.

To celebrate their visit, there will be music and dances in a parade that will close the float from which Melchor, Gaspar and Baltasar will greet all who come to see them. 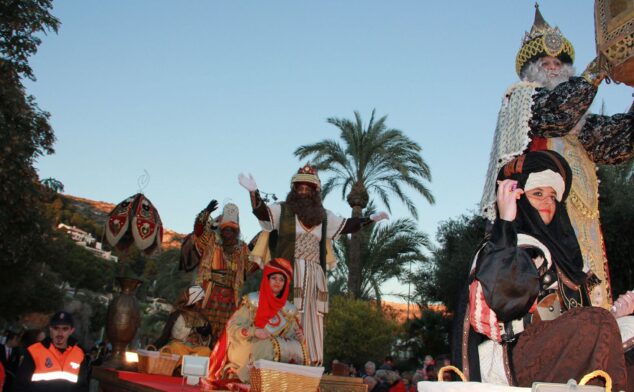 The Magi in their chariot

The organization has made a great effort to recover this exciting party for the smallest of the houses, but for this, the public must be aware of the health situation that is being experienced and collaborate as necessary to make it safe for all.

For safety, it is recommended to comply with preventive measures (mask and distances) and avoid forming agglomerations. From the City Council they point out that the parade route is long and wide enough to facilitate a proportional distribution and dispersion of the public. 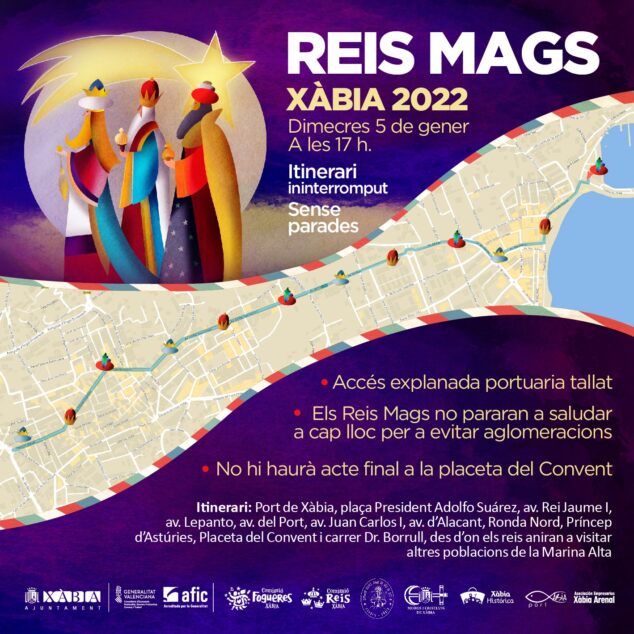 Changes in the Cavalcade of the Magi

In addition, different changes in the course of the parade:

El Itinerary of the Cavalcade shall be as follows: