The National Police has arrested in the town of Dénia the alleged perpetrator of a robbery committed at the end of last year inside a house taking advantage of the absence of the owner, who resides abroad. The expertise of the agents of the Scientific Police Brigade of that Police Station was decisive in clarifying their identity.

After the theft perpetrated inside a house in Dénia, the agents began an investigation aimed at clarifying what happened. Scientific Police agents were quickly mobilized to carry out the corresponding Police Technical Eye Inspection in order to obtain any evidence that could determine and find out the identity of the alleged perpetrator, either through lofoscopic fragments or signs
biological 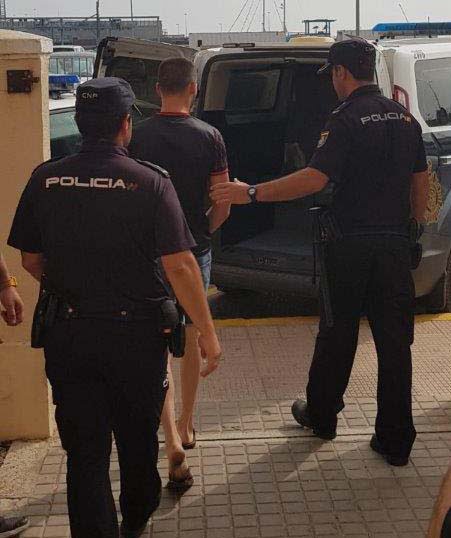 In the place of the facts were found several vestiges presumably of the presumed author. After all the relevant procedures at the home, the police proceeded to transfer the collected remains to the laboratory to analyze and study them.

The meticulous police work was decisive to find out the identity of the alleged author of the theft, since in one of the vestiges there were identifiers compatible with the genetic profile of this person, being a young Spaniard of 24 years with previous police records.

Following the information provided by the Scientific Police, the agents of the Judicial Police Brigade of Dénia carried out various inquiries to find out the whereabouts of the person identified. After being located, she was arrested and taken to police stations to be heard in a statement about the events that took place. Later it was put at the disposal of the Juzgado de Instrucción acting as Guardia de Dénia.

They intercept on the coast of the region a yacht loaded with more than 4.300 kilos of hashish
24 de julio de 2020