Jávea Red Cross, as responsible for the surveillance service of the beaches of the town has raised, this morning, the yellow flag on three beaches of the town due to the surge in waves. In the Arenal Beach, lifeguards have bounded the central area of ​​the beach by currents and have been giving directions to bathers. 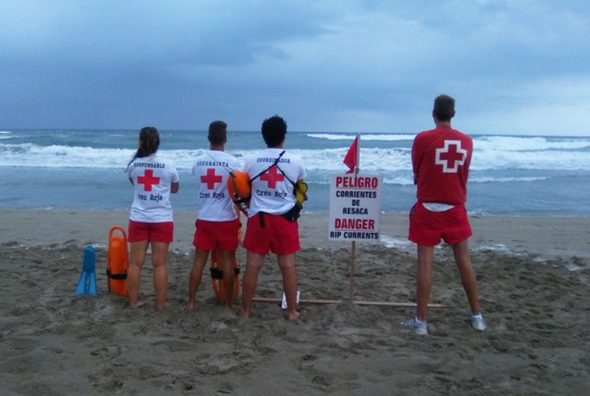 Also, in the Cala de la Barraca o Portitxol and the Benissero or Primer Montañar beach also wave the yellow flag by waves that exceed one meter in height, as indicated by the forecast of the State Meteorological Agency and that an increase in waves is expected throughout the day.

At the moment, on the beach of Grava and Cala Granadella, the green flag is maintained.

Openings and closings of Xàbia's entertainment venues in the face of the COVID-19 crisis
August 04st, 2020

The Civil Guard detains two people who have arrived by boat to Xàbia
August 03st, 2020

Decrease in temperatures and light precipitation for this Monday
August 03st, 2020

Benitatxell City Council and the Department of Housing begin their collaboration to rehabilitate the Capelletes building
August 02st, 2020
Leave your comments