This next weekend the mythical mountain race returns to Xàbia, the granadella Trail, which this 2022 celebrates its 8th edition. A total of 600 runners and more than 100 volunteers will take, at 9:00 am on Sunday, from Pinosol, the emblematic trails of Granadella.

The popular Granadella Trail 2022 attracts top-level athletes from all over the peninsula and even from the Balearic Islands, among which Antonio Martínez, Cristóbal Adele or Adil Moussaoui stand out among men or Gemma Arenas, Sara Alonso or Rosa Lara in women. 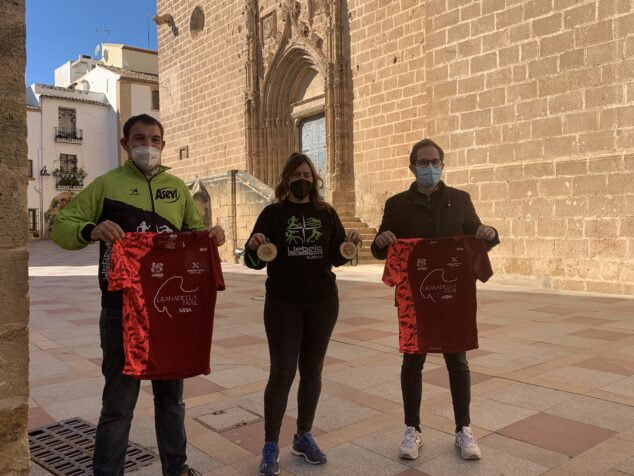 Presentation of the Granadella Trail 2022

On this occasion, the race has new features, including its route. For adults there will be two distances, "one of 14km for those who are just starting out and another of 21km, somewhat longer than other years, for those who want a more technical route", pointed out Rolf Jong, member of the Llebeig Athletics Club, organizer of the event.

Likewise, it should be noted that the Granadella Trail follows its sustainable and environmentally friendly race line, hence the number of participants is limited to 500. In addition, the trophy is made from a part of the pine trunk, which symbolizes the memory of the fire that this area suffered a few years ago.

As for the solidarity part, and as usual, an economic part of the athlete's registration will be allocated to the Jávea Red Cross and Civil Protection, groups that will also ensure the safety of the runners during the test.

On the other hand, the Granadella Trail is linked to the family environment, so on Saturday, the appointment of this great race is aimed at the little ones. From Barrufets to Cadets they will be able to participate in the different routes that the Llebeig Club has prepared for each of the categories. Those interested in participating can still register through mychip.

Councilman sports, Alberto Tur, has invited all citizens to participate in this event, which attracts people from different parts of Spain.