The PSOE of Xàbia yesterday held a meeting at the Social Center of the Library of Duanes in which was present the local candidacy and the regional deputy Laura Soler. Soler, with a physical disability of the 76%, assumes this position after passing through the university teaching and his time as councilor in the City of Alicante.

In his speech, he stated that the visibility of people with disabilities is "One of the most important political challenges. We do not want to be treated as dependents, but to have the tools to achieve personal autonomy. " 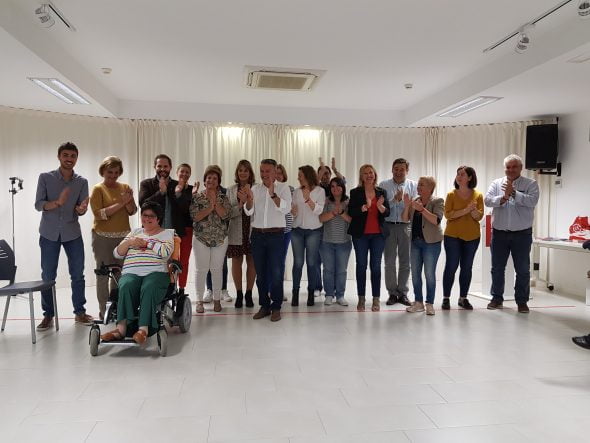 The socialist candidate, José Chulvi, reviewed the urban improvements in Duanes (Jaume I reform, Avda de Lepanto, new parking, new LED streetlights or redevelopment of Caleta Street) and expressed his desire to "Regain the confidence of our neighbors to continue improving. To continue making urban reforms, but also to finish important works that we have in progress, such as the municipal pool, whose works could begin already in six months after 14 of unfulfilled promises of others ". But above all, Chulvi expressed his wish "To continue together so that stability continues, so that the Administration continues on the side of the people".

Kika Mata, for its part, announced the drafting of a new garbage collection document to replace the current one (11 years old). And the mayor of Health, Pilar Zamora, announced that the PSOE "He will fight so that the ambulatory of Arenal will serve all year, not only in summer."

'Compraxabia.com', the new website for local businesses donated by the PSOE to revive the economy
April 17 2020

Lighter than clouds
30 ° C
Humidity: 55%
Wind: 14 km / h SO
See 7 coming days
Poll
We are sorry but there are no active surveys at the moment