With the Second Punic War (219-201 ane) the conquest of the Iberian Peninsula by Rome begins. The "romanization", acculturation process, which transformed the indigenous society, into a new society governed by the same parameters of Rome began: its same laws, fashions.

At this time the "villas" are multiplied (with this name the non-urban settlements are known) throughout the Term of Jávea-Xàbia.

Most of them were in the Pla and Les Valls, in the fertile valley formed by the river Xaló or Gorgos, zone of great agricultural potential.

Agricultural production is the main economic activity, possibly centered on the cultivation of the vine (as seems to demonstrate the existence of workshops producing amphorae in which wine was packed for export.)
Next to the sea, we find three new sites from the Roman era: the Duana, the Punta del Arenal-Montañar and the island of Portitxol. In these settlements, contrary to what happened with the "villas" it was the commercial and manufacturing activities that undoubtedly prevailed over the agricultural ones.

The best known of them all is the Punta del Arenal, where archaeological excavations were carried out that provided valuable information on the salazonera industrial activity that was carried out in it and from which large deposits-nurseries excavated in the rock that communicate with the sea through two channels; rafts that are popularly known as "els Banys de la Reina". Thirteen quadrangular deposits were located next to these constructions, most of which had the walls covered by an impermeable mortar. In these small rafts the entrails of the fish or other parts of it were deposited with abundant salt. This led to a fermentation catalyzed by the sun, which resulted in the precious "garum" and / or other fish sauces that were then packaged in amphorae and distributed throughout the empire.

A few meters from the Punta del Arenal, the necropolis is Montañar-
"Muntanyar", extensive cemetery area of ​​that site, characterized by the fact that all its graves were excavated in the rock. On the importance of this burial necropolis, it is worth mentioning that the graves it contained are encrypted in 900. The chronology of this site coincides with the Punta del Arenal, that is, between shortly before the change of era and the seventh century of our era.
Related to the salazone industry we also have the "Séquia de la Noria", a large channel carved into the rock that crosses the second Montañar and that connects the sea with the Saladar, an area where there were some ancient salt flats dedicated to the production of the salt needed to The salting industry.

Quinto Sertorio He who knew no Spanish nor be entirely dared to stop being Romano.

Source : "HISTORY OF DENIA"Roque Chabás (1.874) Part I Chapter IV:
"... Here is the portrait of this famous captain (1) exempt Quinto Sertorio of the vile passions dishonoring the other heads of the people, he kept dragging or soften with delight, fear or revenge; generous rewards, punishments prudent, endowed with heroic courage, no Spanish better than he knew shortcuts and paths; No hunter overcame him running through the mountains; not yield to any master in the art of change tactics depending on the terrain and the enemy, to avoid encounters, pursue the enemy, lure him into an ambush, balance the power of armies with a handful of brave, to lead them to places, wherein the heavy legion unable to maneuver freely and are missed food and water. 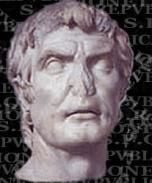 'Aigua de colors': the passion for watercolor of the local artist María Rosa Torres
12 of February 2021

'8 photographers and 1 virus': the photos that narrate the hard moments of confinement
02 of February 2021

28.145
1.943
8.405
608
We use cookies necessary for navigation and traffic analysis. We do not use cookies that provide us with personal data or advertising cookies.
More optionsACCEPT
Manage consents

This website uses cookies to improve your experience while browsing the website. Of these cookies, those that are classified as necessary are stored in your browser as they are essential for the functioning of the basic functionalities of the website. We also use third-party cookies that help us analyze and understand how you use this website. These cookies will be stored in your browser only with your consent. You also have the option to opt out of receiving these cookies.
Necessary Always activated