Francesc Fernández, Kiril Nicolaev, Ángel Pérez, Andrey Smirnov and Toni Pérez were the players who won the first place, each in their respective category, of the Bonfire Tournament that took place in Xàbia. Note the new success of this competition, a large number of participants and a very positive experience which involved 20 children and their parents, from different clubs in the province of Alicante. 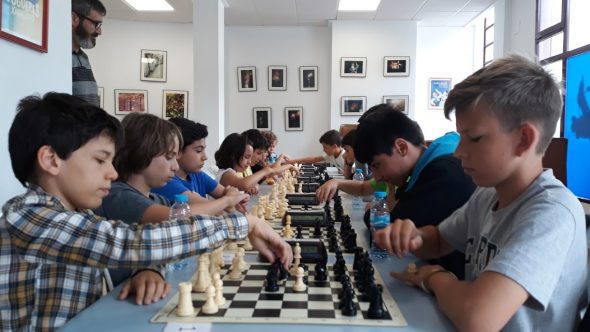 During the tournament they were able to practice what they learned during the school year, since Chess classes are being held in the schools of the town and the district. The purpose of this activity is to promote this sport in
the classrooms and as an extracurricular activity. This work has been in charge of the chess monitors, Enrique Cervera and Francisco Morató, both of the Club d'Escacs Xàbia.

During the tournament, the participants put into practice the basic concepts of a game of chess such as opening the center, castling, find a game plan and carry it out and most importantly, know how to checkmate the opponent. Some things that seem easy but that when applying them under the pressure of the time limit to which the participants in any tournament are subjected, supposes a degree of nervousness, which causes, at times, that unexpected mistakes are made by the players, but necessary to acquire experience and continue their progression as players. 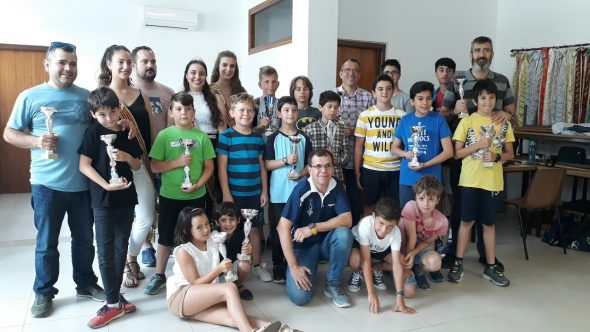 It was also interesting to see how they run Jaques mates celebrate such as the staircase, the hall, the coz, the pastor, legal, etc., which have been learned during the school year 2018-2019.

At the end of the tournament, the participants received their well-deserved trophies from the hand of the Queen of Fogueres 2018, Marta Arnal Forné and the Ladies, Carmen Cholbi Mulet and Laura Ros Berruti. 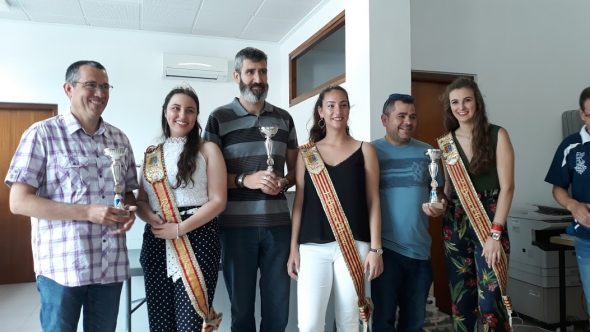