Generalitat will invest 340.000 euros in the improvement of the headquarters of the Courts of the Marina Alta

The Minister of Justice, Interior and Public Administration, Gabriela Bravo, has announced, in her visit to the facilities of the judicial headquarters, two proposals and improvements that concern Dénia and the Marina Alta. On the one hand, accompanied by the dean of the courts of Dénia, María Luisa Fayos, also informed that during the first quarter of 2020 work will begin for the integral renovation of the air conditioning and lighting systems of the Palace of Justice of the Plaza Jaume I of the locality. These projects will involve an investment of 340.000 euros, of which 250.000 will be used for air conditioning and the other 90.000, for the replacement of all lighting installations. 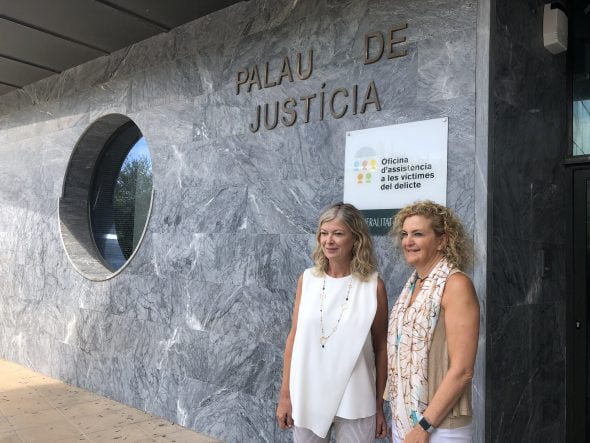 Regarding the facilities of the judicial headquarters of Dénia, Bravo has stressed that, during the last year, "the most urgent actions have been carried out, such as the repair of some deficiencies in bathrooms and other units and the adaptation of the underground access. The cameras and security and surveillance systems for theft, fire and fire have also been completely renewed. and intrusion, as well as the connection of all these devices with the València Control Center ". These actions have meant an investment of 37.597 euros.

However, as explained by the Minister of Justice, "Next year, major projects for the improvement of this judicial headquarters will be undertaken not only with the renovation of the air conditioning and lighting systems, but will also be used for the comprehensive repair of minor construction pathologies, such as cracks, cracks and dampness. that the building has, as well as the authorization of the offices of the Psychosocial Cabinet. "

Creation of a new Court of First Instance for Dénia

Secondly, during the visit, the Minister has assured that she will return to the Ministry of Justice for the creation of a Court of First Instance for Dénia. This judicial body will be the number 6 of the judicial party of the capital of the Marina Alta.

As explained by the Minister, the creation of the Court of First Instance number 6 of Dénia "It is a need that cannot be postponed for a longer time and, therefore, we are going to claim it again from the Ministry of Justice, since the workload of this judicial headquarters, especially in civil jurisdiction, fully justifies this request."

In this sense, Bravo recalled that the creation of this judicial body was approved in 2011, but its constitution was without effect because the Generalitat - then the responsibility of the Popular Party - resigned to launch it. "In the same way that, from the Department of Justice, we have already claimed the creation of this court on two occasions, we will do it a third and all that is needed until it becomes a reality," said the consellera.