Garzón and Falciani debate in Xàbia about false information

The magistrate Baltasar Garzón and the engineer Hervé Falciani debated yesterday in Xàbia about the Fake News (False News) within the Summer Course of the Universitat Politècnica de València (UPV), "Deconstructing reality. Impact of fake news and post-truth".

Together with Garzón, Falciani and Pablo Lara, they appeared in the plenary hall of the Javea Town Hall, in the presence of its mayor, José Chulvi and Antonia Ferrer, director of the Chair.

The jurist pointed out that "It is time for governments to address the issue of fake news and not take advantage of them, because it also happens that these dynamics are favored". Likewise, Pablo Lara, professor at the UOC (Open University of Catalonia) pointed out that Fake News does not understand geography, "This paper has come experts from all areas, legal, business, gastronomic and technological but people are missing, someone will wonder where Google or Facebook are, it is not because they have not been invited, but do not want to participate". 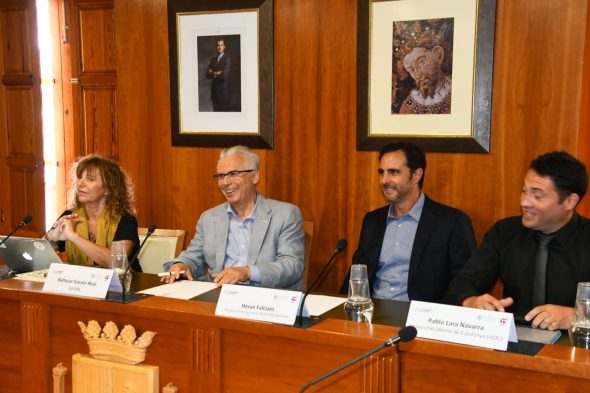 The magistrate Baltasar Garzón spoke of the affection of the mass media to the false news; "There are media that resist, others have been born for manipulation and in the middle is the digital explosion that serves as a link to the false news. The latter media discriminate the information and some feed on this manipulated news and nullifies the capacity for debate" .

Garzón made mention of the political party VOX, "In the election campaign, 90% of his speech was false claims. Of every five news four were false. It is not known where freedom of expression is. In other countries such as France and Germany have begun to take action".

For Garzón, "The problem is that the important thing of a news is to become Trending Topic, and not if it is true or not. Legally, to respond, we need a global framework that we do not have right now. Lying by routine is not freedom of expression ". 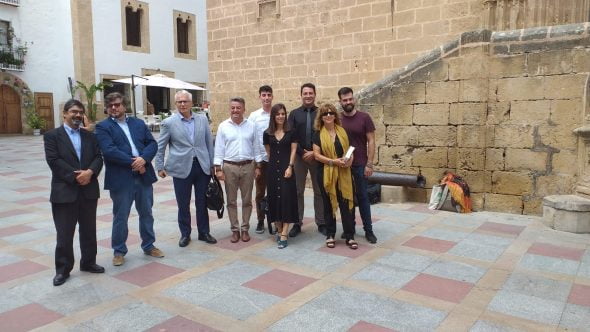 Garzón added that false news harms many people, "The first thing is to appeal to the responsibility of those who have the public function as an obligation. The public service involves ethics, public management, development and computing situations that can be adverse."

Baltasar said that a study by the Complutense University of Madrid determines that 86% of people do not know how to distinguish a false or true news and 76% is interested in sharing false news rather than true news. "In tabloids it is much more profitable to introduce sensational news that is further from the truth and when the internet comes in, it is better to viralize and create a trend"He said.

Falciani: "To answer or deny a false news is to help spread it"

For his part, Hervé Falciani pointed out that this phenomenon supposes "An opportunity for investigative journalism, after a stage in which the world had been filled with media, the danger was to repeat information and only competed to get the information before the others."

The Italian-French systems engineer of the HSBC bank, who helped unveil mechanisms that allowed 130.000 to identify potential tax evaders, recalled that "Answer or deny a false news is to help spread it", circumstance that Garzón has described, in some cases, as "Irresponsible, because it generates a debate by reaction that prevents people from talking about what is really important".

In any case, Falciani is "Investigating, together with the UPV, the phenomenon of conversion: how 2 millions of likes become a purchase or a vote"Because "Measuring the strength of this power will give us the possibility of achieving an antidote."

In the afternoon, Pedro Duque, Minister of Science, Innovation and Universities, and Rosa Pérez Garijo, consellera of Participation, Transparency, Cooperation and Democratic Quality, closed the Conference "Deconstructing reality. Impact of fake news and post-truth " next to a debate with Nacho Calle (Maldita.es), Lorena Baeza (Newtral), Garzón and Falciani.

The Technological ADL closes season, this week, with the interviews of Lucía Fontes and Alfonso Pinel
June 30 2020