Last June, four specimens of ospreys were reintroduced into the Marjal Pego-Oliva Natural Park. A project in which the municipalities of Pego, Oliva, Dénia and Xàbia have participated and has the advice of the Migres Foundation

The Ministry of Agriculture, Rural Development, Climate Emergency and Ecological Transition, wanted to thank, through an event held at the House of Culture of Pego, the success of the reintroduction program of the osprey in the territory of the Valencian Community.

Last June, the first four osprey chickens were brought, two born in the Balearic Islands and two in Cádiz, to begin the reintroduction of this species that had been extinct as a nesting bird in the Valencian Community about 50 years ago. 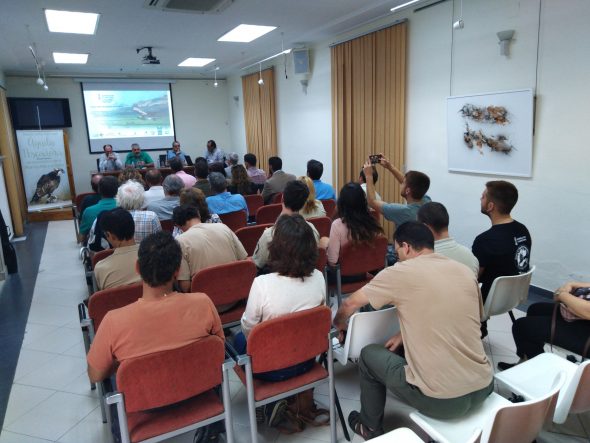 Presentation of results of the project in Pego

Among the places that were evaluated for this first reintroduction, the Muntanyeta Verda was chosen, located in the Marjal Pego-Oliva Natural Park.

The project was born at the initiative of the municipalities of Pego, Oliva, Denia and Xàbia, who proposed to the Ministry of Agriculture, Rural Development, Climate Emergency and Ecological Transition, to bring the nesting fish back as a nesting species, since the last pairs were they took refuge on the coast of the Marina region between the 70 years and the beginning of the 80.

The general director of Natural Environment and Environmental Evaluation, Fran Quesada, explained that the Ministry immediately agreed to participate in this project "Since the reintroduction and conservation of native species that have disappeared from the territory of the Valencian Community, is one of the main objectives of the Directorate of Natural Environment that aims to return to our ecosystem the majority of animal species that have now disappeared ".

The Ministry has had the scientific and technical advice of the Migres Foundation and with the support of the Pego City Council. In addition to the companies Terra Natura and Ibedrola, the Fishermen's Association of Dénia and the Pego Hunters Club. 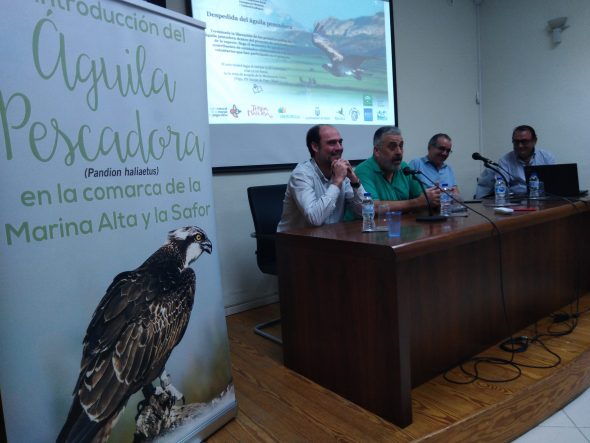 Quesada has stated that "Projects like this that have the collaboration and involvement of municipalities, companies and especially volunteers and different associations, are those who encourage us to actively participate and promote similar actions in the rest of the territory of the Valencian Community".

Since the reintroduction of the four members of this species, last June, the chickens have been cared for by staff hired by the Generalitat, experts from the Migres Foundation and volunteers.

The chickens were installed in an acclimatization cage that throughout the month of July has been opened to allow them to begin to fly freely. During the month of August, despite some incidents resolved thanks to the work of the specialists who took care of them, the four eagles have managed to fly perfectly, even reaching southern France and northern Morocco.

"Once acclimatization is over, it is time to dismiss the eagles, which will soon begin their winter migration, and to thank all the people and entities that have believed and worked to recover this species for our natural heritage", Fran Quesada said.