The creation of the Filà Almoriscos dates back to 1986 with the aim of giving more growth to the Festivities of Moors and Christians de Xàbia and by the concern of a group of young boys to form a row with their own means and thus join the Moors and Christians festival.

The Filà Almoriscos was founded, as we indicated, in 1986 with the help of those who promoted these festivals with the launch of the first Filà, the Filà Jalufos. We are talking about José Luís Cardona "Rull" and Vicente Montaner. Members of the Filà Almoriscos in its first year of foundation

Four years later, in 1990, a women's squad was incorporated, which increased the participation of this Filà, going from some 15 members to nearly 30, a number that has been increasing over the years, since in Currently, in 2020, under the banner of Almoriscos, two squads of children, two of men and two of women, parade, thus being one of the ranks with more components: 60 adults and 25 children.

In addition, its members instill the festival in their descendants, making the Moors and Christians of Xàbia continue to grow in the future. Vicente Montaner with his son

Almoriscos has its origin in 'Moriscos' (Muslim people who continued to live on the peninsula after the reconquest). The name was taken from a book that Montaner and "El Rull" read at Duanes' bookstore, that of Pepe 'El Rull'.

Referring to the etymology of its name, the Filà Almoriscos usually parades with the Moorish Spanish Moorish march by José Pérez Ballester.

The creation of the banner, the main symbol that characterizes a filà, always has its history. On this occasion, the flag that identifies the Almoriscos has an anecdote. And it is that, in the rush to form the filà. the first banner was embroidered with the crescent upside down. There was no time to change it, so in the update, years after the banner, this symbol has been kept. Like each filà, the Filà Almoriscos differs from the others in its clothing. In the daily outfit, the components have two uniforms.

On the one hand, the most informal, made up of a blue and white striped djellaba with a blue cap and on the other hand, it has a more formal suit made up of black baggy pants and an embroidered blue vest.

As for the gala dress, they usually parade in warrior costumes. 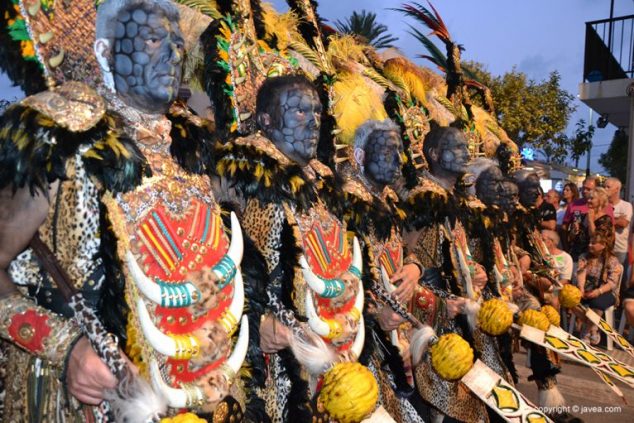 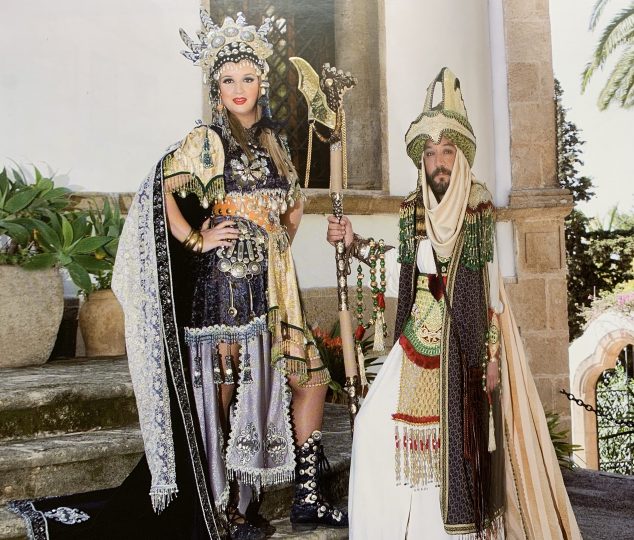 Like each formation, the Filà Almoriscos has internal statutes, the most reviewed being that any person who wants to join the Filà must notify one of its members (component) and after a vote, must have the acceptance of the 100% of the training, to be able to parade. An issue that has to do with not breaking the harmony of the group.

Likewise, the Filà Almoriscos has its own Kabila located on Dr. Fleming Street. 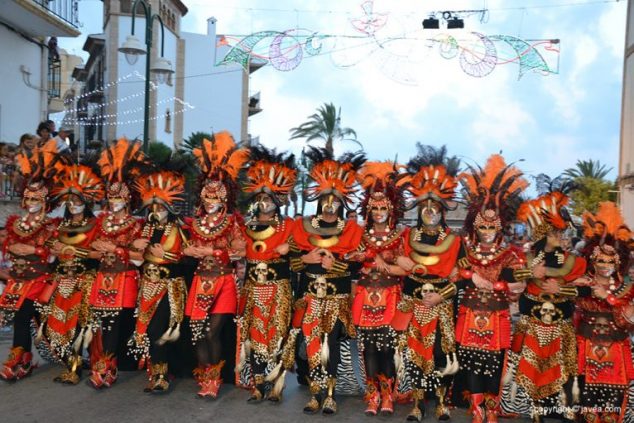 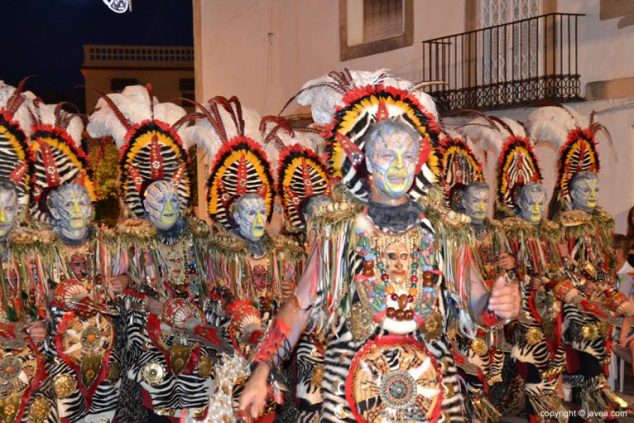