The outstanding athlete of the Navy High, Maxine McKinnon, has passed away this past midnight as a result of a worsening in the disease that she suffered for a few months. McKinnon was a benchmark athlete in the region who began his fondness for athletics when he arrived in the Marina Alta, in 2002, at the age of 41.

From there, Maxine has participated in a large number of popular races and sports competitions. In recent years he combined athletics with triathlon although it should be noted that Maxine went on to perform several Ironman, one of the toughest tests, reaching the bronze medal, in 2015, in the Ironman of Kona (Hawaii) in the age group of 55-59 years, after getting gold at the IM of Mallorca in 2014, which gave him a place for Ironman Kona (Hawaii). This third place was obtained by making a total time of 11 hours 52 minutes and 33 seconds.

The athlete also participated, again, in the Kona Ironman in 2018, coinciding with the 40th anniversary of this test. 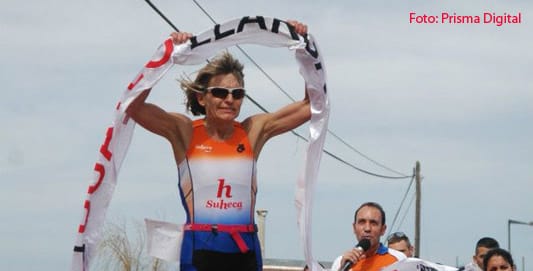 But Maxine has a great track record to his credit: In 2005 he won the World Marathon for Veterans in San Sebastian, in 2007 he triumphed in the 10.000 meters of the World Cup held in Riccione (Italy) and won the Valencia Marathon in 2009 But his victories go further, since he competed on different occasions in the Kona Ironman, after getting classified in several tests.

At the county level, McKinnon has managed to get on the podium on dozens of occasions and has been a very loved person by the entire family of athletes. Without a doubt, an example of a strong and fighting woman who Xàbia.com We offer our sincere condolences.

The ideal time has come to decorate your home this summer with Muebles Martínez
more promotions Browse Contests
The weather in Jávea
Jávea
June 6, 2020