The new Councilor for Fiestas, Kika Mata, assumed yesterday the powers of the Department of Festivities of the City of Xàbia in substitution of Toni Miragall, which, as announced a few weeks ago, ended her stage in this council at the end of the Loreto parties .

The mayor faces this new responsibility with enthusiasm and has already begun to work in one of the most important festivals in the municipality and in which the Consistory is most involved: Les Fogueres de Sant Joan.

To this end, he has surrounded himself with a large group of people, including Councilwoman Rita Berruti, who will work closely with Mata in the management of the festivities, and who will be part of a renewed commission of Fogueres. 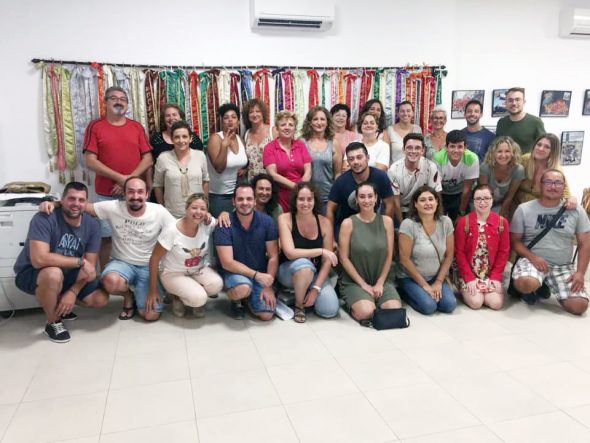 This group had their first meeting last night to start organizing and preparing the nearest events, such as the election of queens for the 2020.

The commission also agreed to open the deadline for children between 5 and 16 years who want to be part of the children's court and youth commission in the next edition of Fogueres. In this regard, the councilor indicates that those interested can go to the casal foguerer, located in the Plaza Constitución, every Monday from the 16 in September to the 21 in October, from 19 to 20 hours.

Kika Mata wanted to thank the trust and desire to work for the party to all who will be part of the Fogueres Commission, as well as to Councilor Toni Miragall for his dedication and responsibility over the past few years.

Gasóleos Dénia takes you the fuel wherever you say

Sign up for the next exams and get your Cambridge degree with The English Institute
more promotions Browse Contests
The weather in Jávea
Jávea
January 28, 2020