Today Thursday dawned with the monument of the Foguera Central and children totally planted. Early in the morning, dozens of people were photographed next to the monument and their ninots, but around the 10 hours, a gust of wind has caused one of the great figures to fall.

Although the damage has not been serious, since the Fogueres Festival Commission are already working to give immediate solution to this incident and that the monument can look full these days of festivities until it is engulfed in flames next June 24. The fall of ninot It has been inside the fenced area. 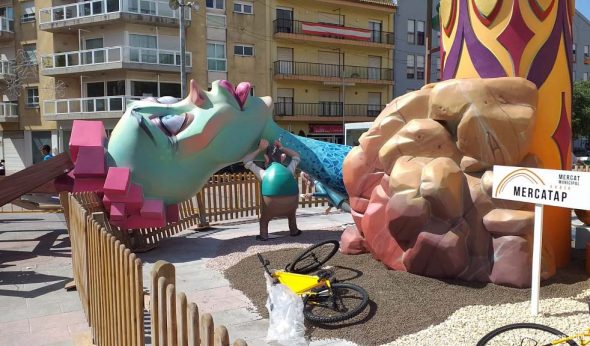 According to declarations of the councilman of Celebrations, Antonio Miragall, "The artist Foguerer is already on his way to Xàbia to make an assessment of the damages, but he has indicated that he has a solution. The main structure of the ninot is in perfect condition." 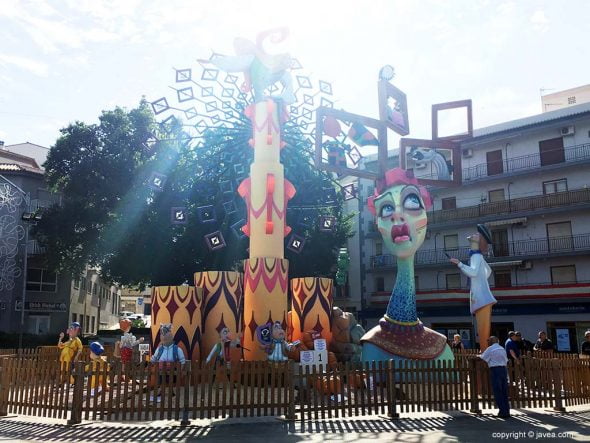 Around the 12 at noon, the artist Foguerer, José Sanchis, arrived to solve the incident, repair the damage and raise the ninot collapsed because of the wind.

Sanchis has explained to Xàbia.com that they are going to work "butt and leaving our skin" to patch and leave the monument as well as possible. "We have a great team of professionals and during the day we will disengage the assembly and refill it. We continue with strong wind but we assure that the ninot will shine again in the monument", explained the artist. 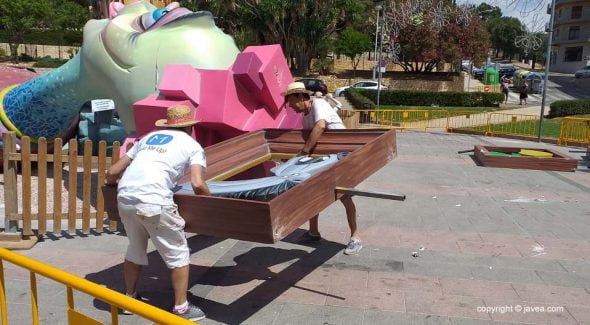 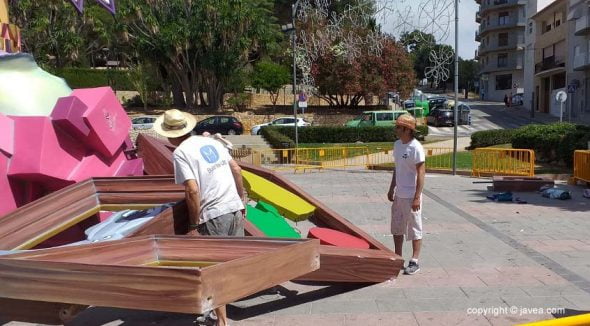 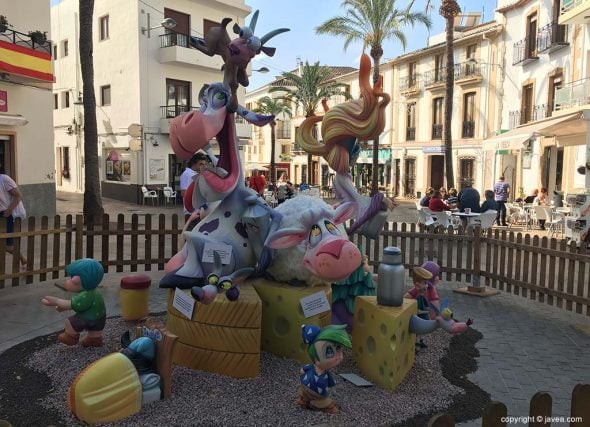 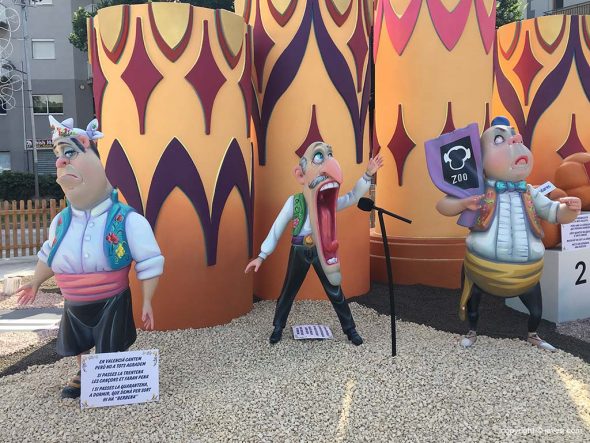 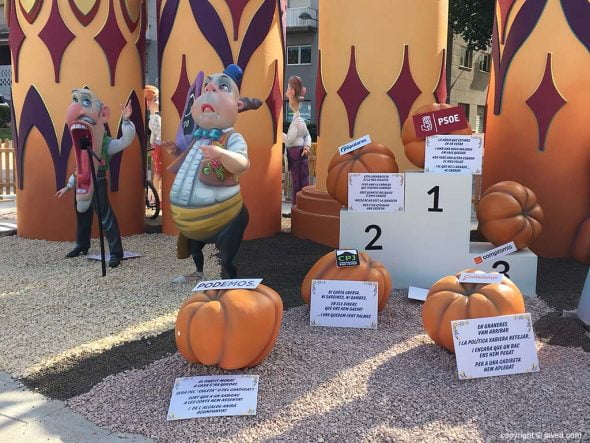 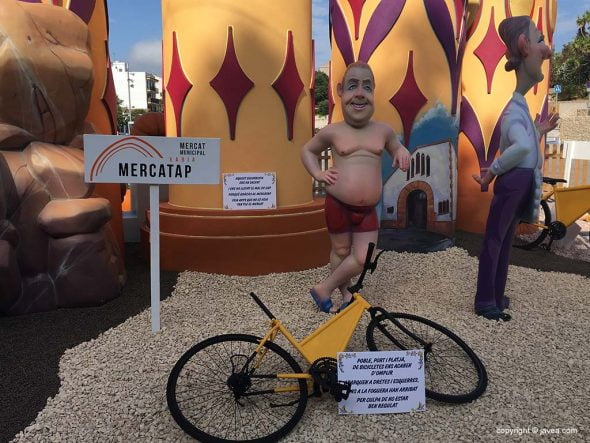 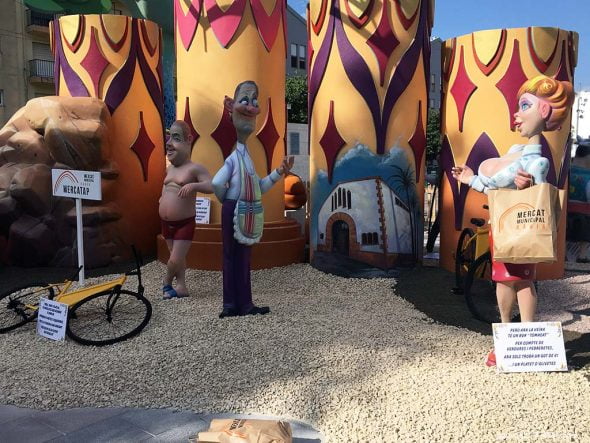 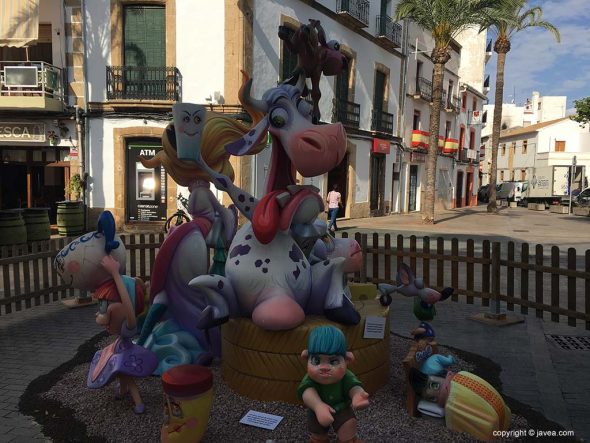 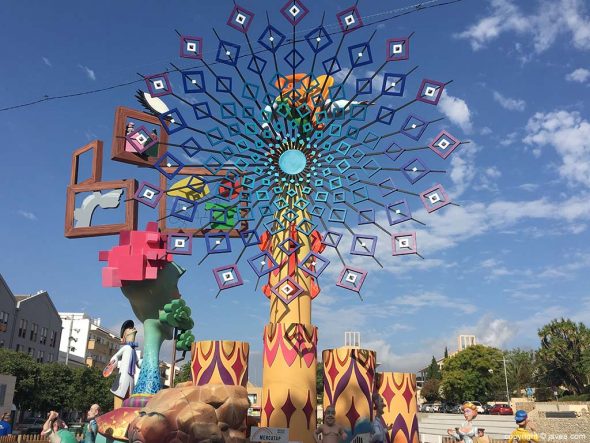 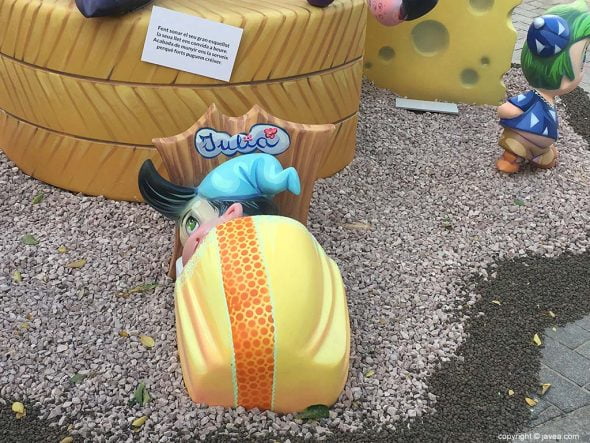 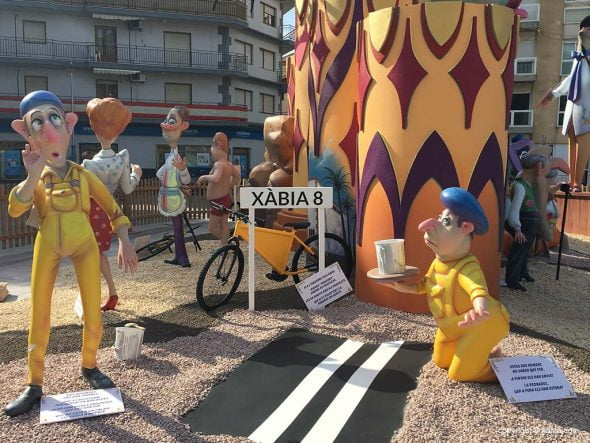