El RIURAU FILM FESTIVAL 2020 - IX International Short Film Festival which is celebrated this year from August 22 to September 13. Despite the dramatic course of this year and the difficulties of all kinds that we have all encountered, and also the filmmakers, the festival has received 370 short films in
its ninth edition, with high-quality production or co-production from 27 countries.

According to programming of the Festival, will begin with the Riurau Express short film creation rally on August 22 and 23 in Jesús Pobre and the filming and editing courses in Dénia on September 1 and 2. In both cases, registrations must be made through the website www.riuraufilmfestival.com

As for the projections RRFF 2020 will take place this year during the first and second weekends in September and in four locations in the Marina Alta: In Jesús Pobre on Friday the 4th; in Dénia on Saturday 5 and Sunday 6; in Xàbia / Jávea on Friday 11 and Saturday 12; to finish in Pedreguer on Sunday the 13th, a town that joins the circuit this year for the first time. 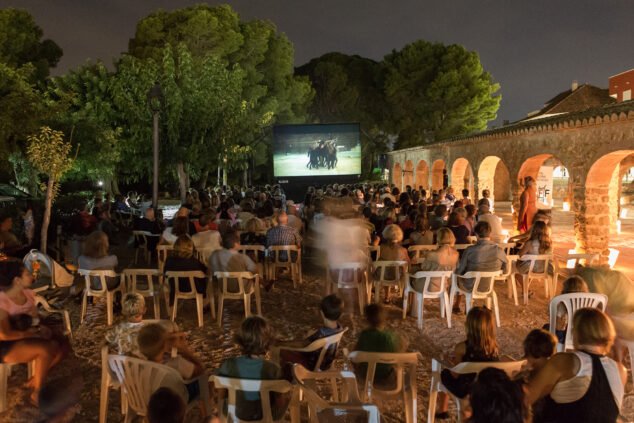 The Festival is organized by the non-profit association ESCOLA DE CINEMA RIURAU. Following the Covid-19 protocol, it will be essential to reserve tickets, free of charge, online through the page www.riuraufilmfestival.com

In total, the short films are divided between the different Sections of the Riurau Film Festival: General Fiction, LGTBI Fiction, Fiction in Valencian-Catalan, Social Film -this year dedicated to 'The Other: Equal or Different', Dance Film and the Environment section and the sea.

Tribute to the Riurau Film Festival 2020

This year the RRFF will pay tribute to the Drive In in Denia, and to the figure of Carles Miralles, for being a pioneer of Drive-in cinemas in Spain and his long contribution to the dissemination of cinema for forty years and his family involvement of several generations.

In addition, the winner of the short film contest is 'Participate Méliès', by La Caixa, the short by Dianense production company Pacific Films, 'Harvest of Mieses', will be screened on Saturday, September 5 in Dénia, out of competition, at the RRFF 2020.

The following act as Jury: María de Mateos Alonso, José María Fraguas and Marta Lorenzi, and Anna Perles, president of the ECRR, acting as secretary, without vote. The jury for the Environment and the Sea section is made up of Paco Torner, Pepa Ferrando and Pablo García. 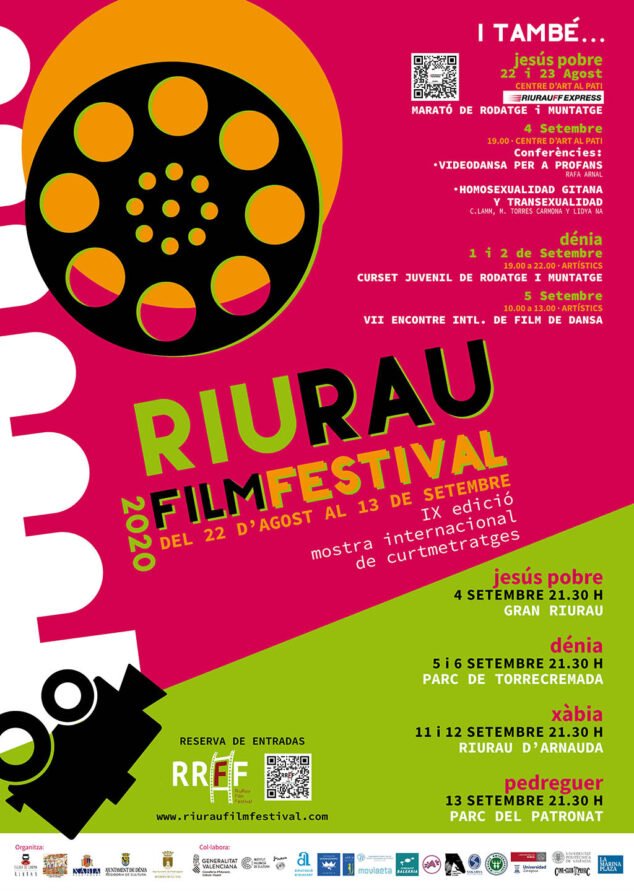 Organized by the Center Coreogràfic de Dénia (CCD) with the support of the Escola de Cinema Riurau, and the UPV universities of Valencia, University of Murcia, UNIZAR of Teruel and the Turkish Kocaeli Üniversitesi and Sakaria Üniversitesi. In this meeting, the theme will be 'Dance and Music Film' with works made by researchers from the academic field will meet on Saturday, September 5 in the morning in the Artistic cultural creation and training space of the Dénia City Council.

This year's poster, designed by Mireia Miralles of the Avellá de Pedreguer Printing House, makes a direct allusion to our emblematic rural construction in Riurau in the Marina Alta and to the cinema with the now legendary reel and projector.