The Popular Party of Xàbia has issued a statement in which it declares its opinion on the third extension of "Such an essential and basic service for Xàbia, cleaning. A new extension (and already 3) of the garbage contract is a clear lack of diligence of the municipal government of the PSOE."

From the popular ranks explain that this Monday, November 25 of 2019, "commission is held and full with
few minutes apart, taking for extraordinary and urgent dispatch the forced extension of the garbage contract for the entire municipality of Xàbia. A contract that ended the 30 of November of 2017, and on that date the new contract had to be prepared and awarded to a company that provided such service; but no
it was done, so the first extension of one year was approved. " 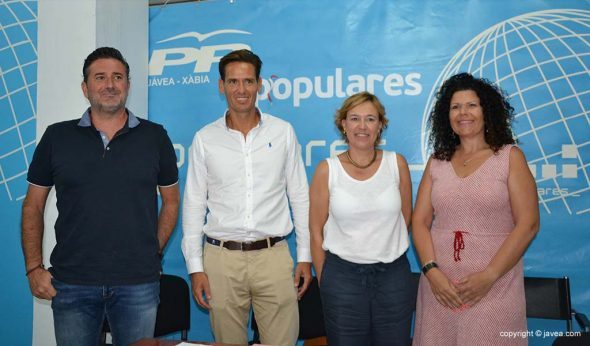 The popular statement states that the duration of the third forced extension "He has had his debate, because omitting the duration of an extension in a contract would be unthinkable, but even so, these things happen in the favorable reports that the municipal records have."

"The inefficiency of not having the duties done"

The popular disagree, according to the letter, "with the planning and management that is being carried out by the municipal government. If someone questions whether the predictability, planning and management of the municipal government is worthwhile to perform their tasks, then the answer is that it is not meritorious, nor is it acceptable. This contract was to be ready and awarded the 30 of November of 2017, everything else has been the result of the inefficiency of not having the duties done. "

The Popular Party of Xàbia points out that the councilwoman, Kika Mata, "She started working late. As she said, she put on the November 26 of 2017, four days after the end of the contract, so she has no merit."

The Popular highlights that those affected by not renewing the cleaning contract has been all Xàbia, "The neighbors have not stopped complaining and the cleaning company has removed its skin trying to supply a growing Xàbia that has an outdated contract of the year 2007, which came with the conditions of the year 2005".

"We ask to anticipate, plan ahead and get ahead of the unforeseen, because that does predict a beneficial outcome for all the residents of Xàbia, just the opposite of what happened. From Populares Xàbia we will continue to monitor the government team always pressing on the interests of Xàbia and defending an efficient and effective management of municipal services "The statement concluded.

PP: «The pool, Sorolla and Ambaixador Plus, three projects that nothing is known about»
December 30 2019

PP Xàbia opinion: «If something doesn't work, change it»
30 September 2019

PP de Xàbia: «15 years of socialist policy recriminating the breach of the agreement of the Generalitat and now says it is not valid»
August 27st, 2019