The digital portal, “Channel Triathlon”, one of the most recognized in the sport of triathlon has made official its classification of the best triathletes of the last campaign. The joy has been to see Xabum at the xabiera, Cristina Roselló, winner of several tests last season and with always outstanding performances in the races he played. 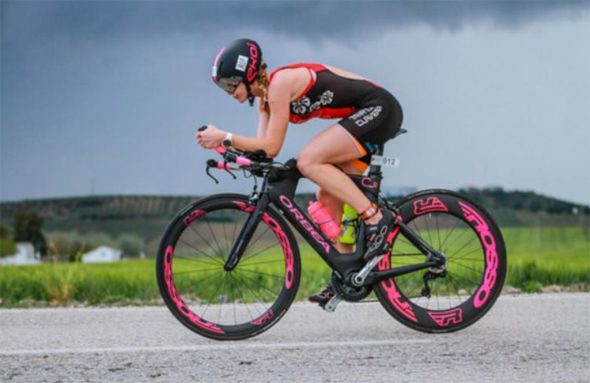 Crsitina Roselló on her bike

This list is headed by the triathlete, Judith Corachán, for his triumphs in the Embrunman, the third place in the IRONMAN Vitoria, moral winner, triumph in Challenge Salou, Zarautz, Bikaia ... and runner-up of the World of LD in Pontevedra.

In the second place of this classification of best medium and long distance triathletes is, Gurutze Frades, which took the 2º place in IRONMAN South Africa and the 15 position in Kona, in addition to the victory in Palmaces. However, he has IRONMAN Western Australia; a triumph there would leave her Ex aequo in first place.

The third place is for Anna Noguera. His 2019 has been his year of international take-off, bronze in the World Cup in Pontevedra, triumph in the Triathlon of Pamplona, ​​3ª in Zarautz and 7ª in the Oceanside California.

For Cristina Roselló, seeing herself in the 15 position must be a tremendous joy and in turn must be an incentive to overcome in the next season.

Congratulations for being among the best in the Spanish ranking!