Xàbia will become, tomorrow Friday, at the center of Valencian politics. The Ple del Consell, executive body that governs the Valencian Community and which presides over Ximo Puig, transfers its meeting to the Town Hall of the Xabiera locality. As assessed by the mayor, José Chulvi, this event "It is an important milestone, full of meaning and embodies the change of perception of our people and our region regarding previous governments."

Chulvi has influenced that we have passed “Of not existing; to be a weekend beach and to be promised things that never came, to be at the heart of the decisions of Valencian politics. Finally, with this government of the Generalitat, Xàbia and the Marina Alta have their corresponding weight in the Valencian territory ”. 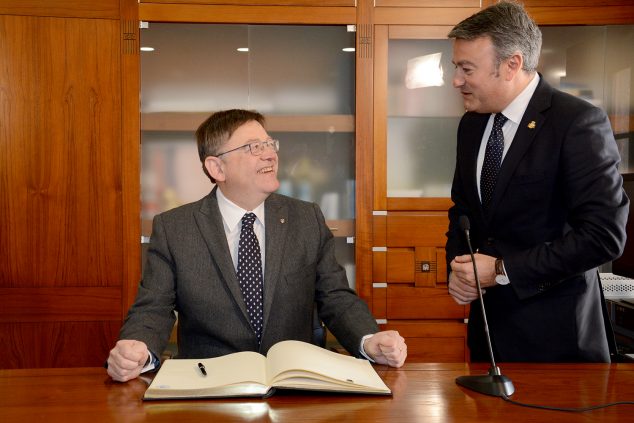 Visit of Ximo Puig to Xàbia

As detailed by the first mayor, a proof of this new situation are “The big investments that we are receiving, the support of the Consell in crucial moments, for example, to alleviate the effects of emergencies, the support for our sustainability policy, the historical improvement of mobility in the region with the liberalization of the PA -7 or the management initiated for the reversal of the Marina Salud hospital ”.

Chulvi also highlights the fact that “Ximo Puig is, without a doubt, the president who has been more times in Xàbia and the Marina Alta”. In this sense, it should be remembered that the President has given his personal support to the town in events such as the Mediterrània Xàbia Fòrum, the inauguration of the new municipal offices of the Clot Portal or the presence and support during hard episodes such as the great fire of Montgó in 2016, among others.

That's why, says the mayor “It is a pleasure to receive in the house of all the xabieros the Valencian government. A progressive executive whose banner is management for people, social justice, inclusion, the human economy and the environment. ”

For the also regional deputy this session of the Plenary Session of the Consell in Xàbia speaks of a Valencian government open to the peoples, "with a strongly municipalist spirit, which looks beyond the city of Valencia and knows the reality of each region".