The plenary approved the amendment of the provision of services to the company CESPA garbage collection by 407.000 €

The full month of July was considered short, barely it lasted 45 minutes, in which most of the points on the agenda were approved unanimously. Including the Municipal Traffic and productivity of the local police. One of the most important items approved was the change in the provision of services to the waste collection company, Cespa, amounting to 407.000 euros per year for the service of municipal solid waste collection and cleaning of public spaces and beaches. The remaining points were also approved with the abstention of the PP councilors and Oscar Antón. 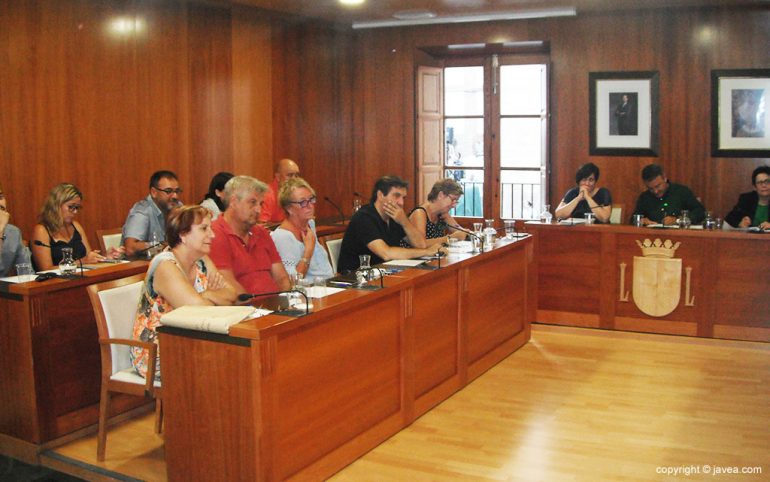 Where was unanimity prevailed when taking the agreement to award the prize "Vila de Xàbia"To solidarity, to Francisco Pastor Spanish, and civic values, the Fishermen's Association.

Only four questions from the councilors of the opposition, Juan José García, requested that the mouth of the Gorgos River be marked for greater canoe safety. The mayor replied that all artifacts, canoes, boards can navigate the bathing area, it is only forbidden for motor boats.

The mayor, Óscar Antón, asked about the delay in the opening of the Arenal office. Chulvi told him that the delay is due to the authorization that arrived in the second week of June, the prefabricated module has been custom built. He announced that it arrived yesterday and is being installed, so he hopes that next week it will be operational. Chulvi will request that the service provision be extended and not end at the end of August.

Finally note mayoral an opinion so the speed bumps the first Montañar for the passage of the Tour of Spain will soften. A trial that will start from the beginning of Jaime I Avenue and will travel coast to Javea Arenal to continue to the town of Calpe.