The IES Num 1 of Xàbia carried out, last week, the act of graduation of the students of the FP- Vocational Training. An act that had the novelty of giving recognition, from the educational center to the business world of the region that forms and welcomes students.

The Head of Practice of the IES nº1, Tere Gisbert, has pointed out that companies are the ones who contribute with determination to generate welfare and progress, "from our institute and specifically from the module of FCT- Training in Work Centers, transferring them that without them, the training of our students would be very limited; it is in the passage through the companies where our students acquire that reality of effort, commitment, skills and knowledge, which from our classrooms we propose in a theoretical way ".

Gisbert points out that it is the employers of our region who set the horizons of training and employability, an inherent condition linked to the academic diploma for which they have been awarded and have been handed over by their tutors. 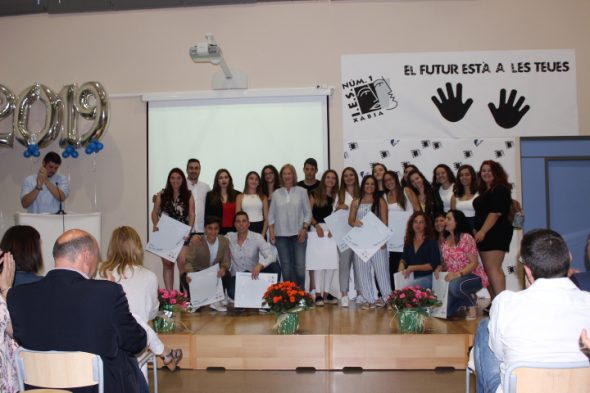 From the IES Num 1 of Xàbia transmit enthusiasm to students, promote knowledge and academic training and foster the capacity for debate and reflection, in each of the cycles taught: in the Administrative Family and Management, family Computer and Networks and Sanitary family, and in the set of 7 cycles that we impart in this center.

In this 1th edition of business gratitude and recognition, from the IES nº1 it has been wanted to stimulate and thank the effort that all have generated, both businessmen and teachers, in the improvement of the knowledge of the students and for the improvement of the society in the what will they have to live?

In this first edition, recognition was given to: 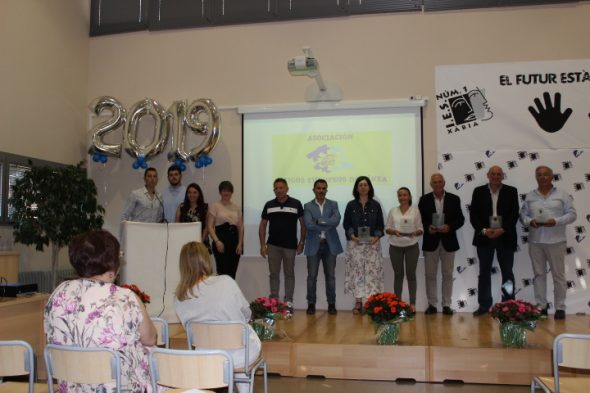 The event was also attended by Dr. Juan Puig, Commissioner of the Ministry of Health and Public Health, who gave awards, along with members of the center's management, Don Carles Alemany, Deputy Director; that on behalf of the Director Mrs. Ángela Boronat, who for health reasons could not be present, together with Mrs. Vicenta Vicens, head of studies of Vocational Training.

From the IES Num 1 of Xàbia they express their gratitude to the participants in the graduation ceremony and they already raise with enthusiasm to repeat an 2 edition before the great reception of the act.

The beginning of the act was enlivened by the musical group "Orpheus", composed of students from the center, who paid tribute to different rock groups. 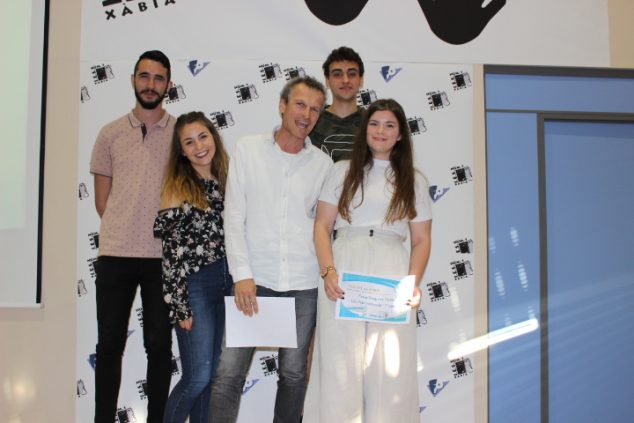 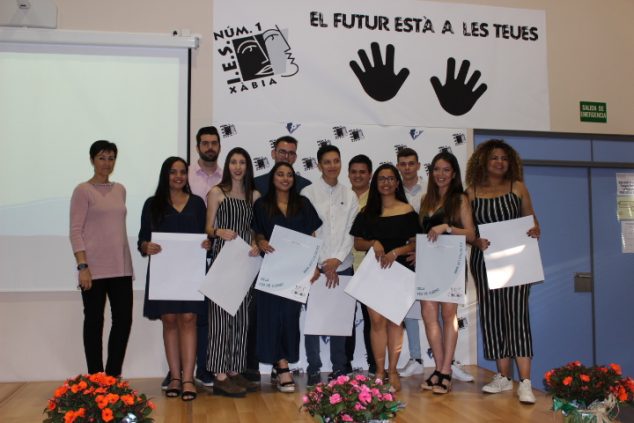 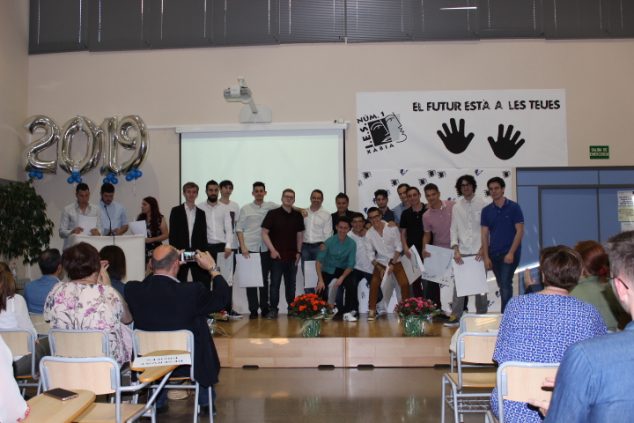 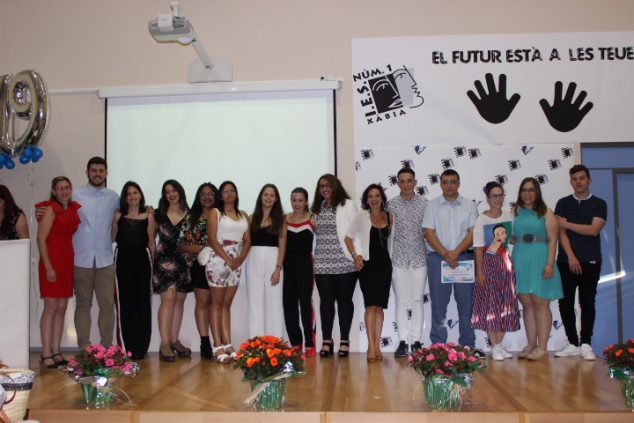 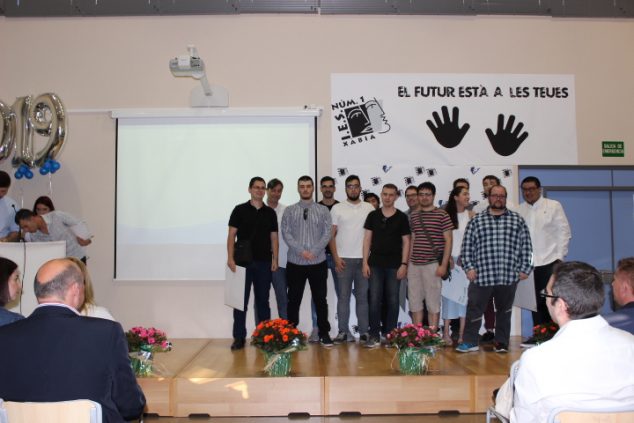 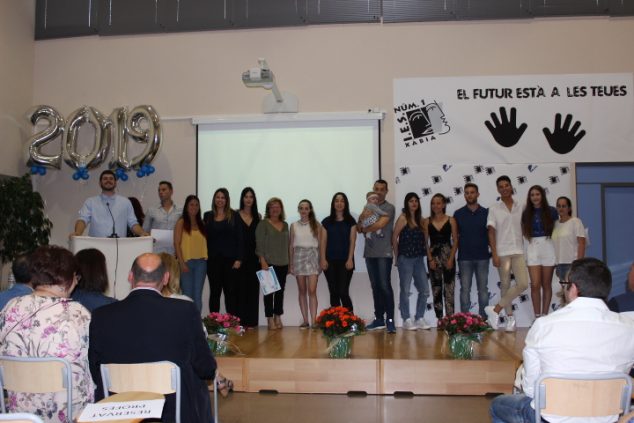 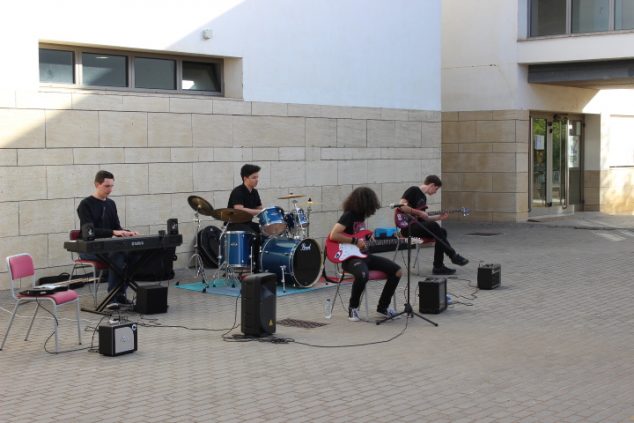 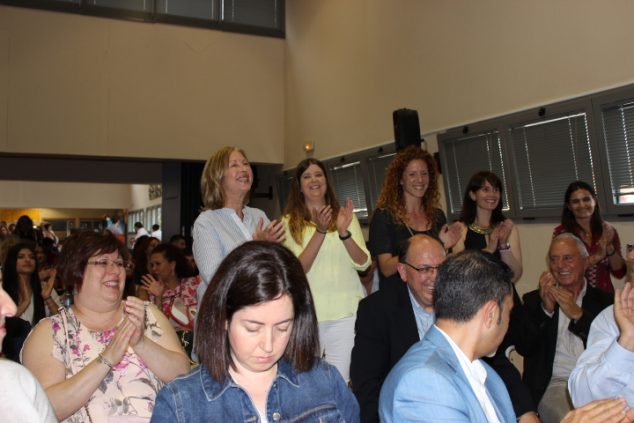