The Grup de Danses Portitxol recovers one of its iconic shows

A hand-painted fan and a newspaper are the main elements of the story that is narrated in 'Cançons de La Marina', a show that the Grup de Danses Portitxol will perform next Sunday, October 2, at 22:00 p.m., in the The church square.

The love story of a young woman from Xàbia and a painter from the capital make up the plot line of this show that the Grup Portitxol recovers and updates, 16 years after being performed in this same location, under the name of 'Scenography'. 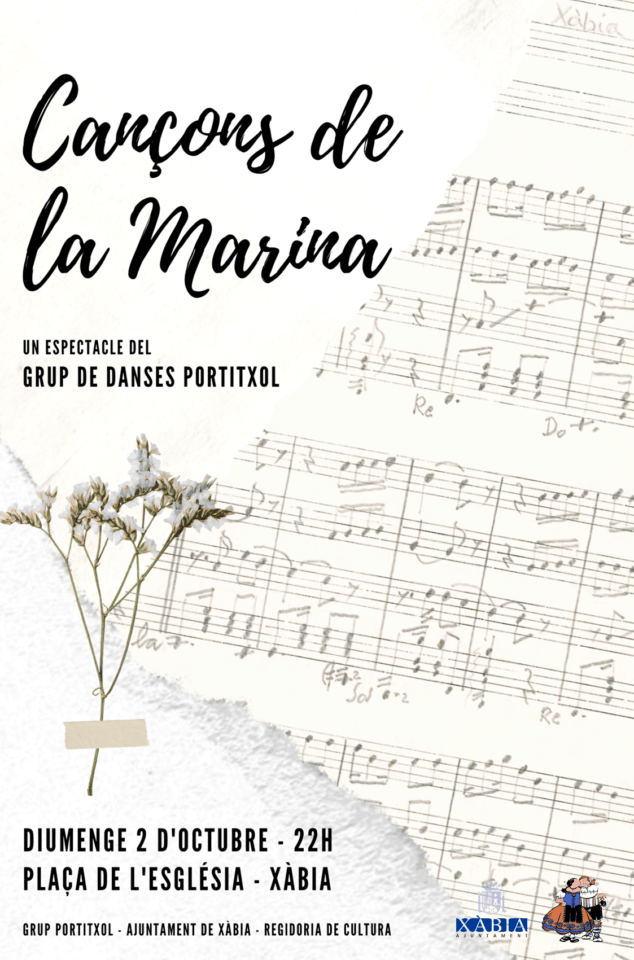 With a return to the past, twice, to the 2006th century with history and to 2019 with the premiere of the original show, the Grup de Danses wants to show that its interest in improving its performances day by day and innovating goes back a long way. Proof of this is that the repertoire is based on songs and dances from our region, as happened on the album 'Cançons de La Marina', presented in XNUMX.

This performance can also be enjoyed on October 15 in Orba, as the opening act of the '3a Setmana del fang d'Orba'.

The Diputación de Alicante through images: this is the exhibition that reviews the 200 years of history of the institution
31th October 2022
Leave a comment

28.803
2.034
9.411
829
We use cookies necessary for navigation and traffic analysis. We do not use cookies that provide us with personal data or advertising cookies.
More optionsACCEPT
Manage consents