The Consell agrees the partial suspension of the PGOU of Xàbia

The Consell has approved the agreement by which the General Urban Planning Plan of Xàbia is partially suspended and the approval procedure of Transitory Urgency Regulations for the suspended areas of this municipality begins.

El Javea Town Hall began in 2011 the revision of the General Urban Planning Plan (PGOU) in force since 1990. In accordance with the nomenclature of the current Law 5/2014, of the Generalitat, on Spatial, Urban Planning and Landscape (LOTUP), the PGOU is being processed It was renamed the General Structural Plan (PGE).

The plenary session of the Xàbia City Council determined to submit the preliminary version of the PGE to public participation, and decided to suspend licenses and programming agreements in the areas of the PGE where there was no compatibility between the old and the new ordinance, as well as the Integrated Action Programs ( PAI) incompatible with the new ordinance established in the PGE. The aforementioned license suspension expired on June 7, 2019. 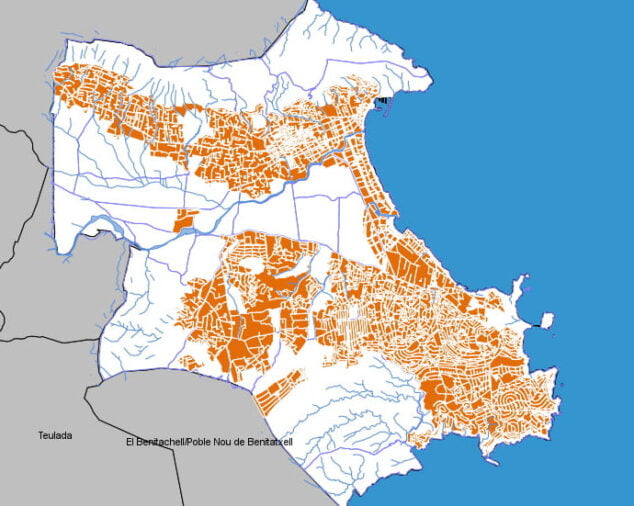 Map of the PGOU Xàbia

Also by means of a plenary agreement, the city council has expressed to the Generalitat the need to preserve the arrangement proposed in the PGE in process, since it is understood that it is in the public interest. Thus, it considers it convenient to take advantage of the possibility of planning suspension provided for in the LOTUP.

This plenary agreement also specifies in detail, for each of the areas indicated, the need for this suspension. In this sense, the request to suspend the effectiveness of the PGOU 1990/1991 is not global in nature, but is only proposed with respect to areas and areas that are duly identified.

Thus, the Department of Territorial Policy, Public Works and Mobility considers that the city council has adequately justified the need for its suspension proposal, both with regard to the preservation of the new PGE (and the public interest that this entails). measure), as with respect to the guarantee of economic sustainability and the maintenance without alterations of free comxicotetion in the real estate offer within the municipal term of Xàbia.

The legal report of the General Directorate of Urbanism has highlighted the legal viability of the suspension proposed by the municipality, as well as, according to the report issued by the Generalitat Lawyers' Office, the need to issue Transitory Urgency Rules for the scope of suspension until its uprising occurs. These Norms that will have to be submitted to the public information process prior to their approval.

The practical application of the suspension and that of the Transitory Urgency Regulations correspond to the City Council of Xàbia, which must justify its application in each specific case, and in particular in the requests for urban planning licenses that are affected.

The suspension will enter into force with the publication of this agreement of the Consell, in order to avoid that an eventual request for a works license may hinder or contravene the preservative purpose pursued by it. The suspension will be maintained until the entry into force of the PGE of Xàbia and, in any case, will end four years after the publication of this agreement.

The Transitory Urgency Regulations, on the contrary, will have to follow their specific procedure, which includes the process of public information, after which their approval and subsequent entry into force will take place.