Last Sunday was held, in the Arenal Beach of Xàbia, the first day of the southern zone of the 'Maskokotas Arena Tour' handball beach. A competition that left a very good taste in the mouth because of the level of the teams and some of the matches that had nothing to envy to those who will be able to see themselves in the Spanish circuit. 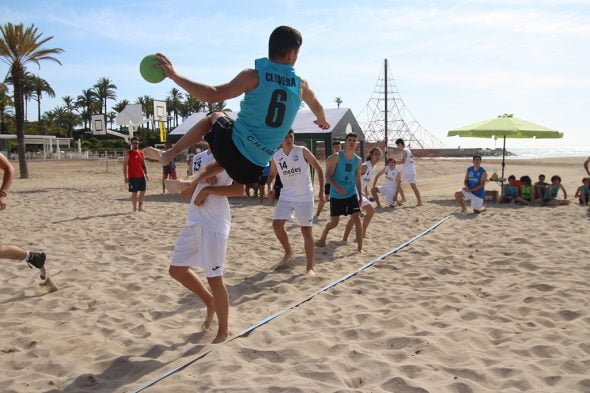 The local club participated with the four teams that this year are going to play three tournaments of the 'Arena Tour Circuit' 'Spanish Cup' and 'National Championship', which are the cadets and juveniles, both male and female.

At the end of this first day said teams of Club Handbol Xàbia they head their respective classifications, reason why they make sure to dispute the autonomic end, that will be played also in Xàbia on Saturday 8 of June. 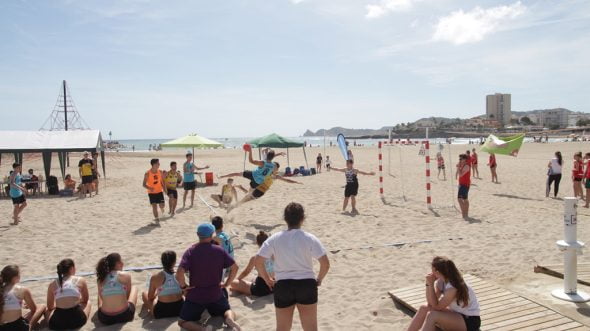 On the other hand, the club xabiero, which always has the backing of the Department of Sports, wanted to jointly with the company AMJASA, an awareness campaign to give value to the water quality of the town and the non-generation of waste by eliminating the plastic bottles that are usually used in all sporting events. That is why, the typical botijo ​​was the great protagonist, since all the participants of the tournament were refreshed thanks to the botijos that the local company put at their disposal. This action will be carried out once the regional finals are contested.