In the ordinary plenary session of Javea Town Hall held this Monday, the Councilor of Compromís, Vicent Colomer, asked the mayor of Urbanism, Isabel Bolufer, about the situation of the works of the plot of the Second Mountain which had a license suspension.

The mayor said that from the City Council, after the promoter will begin the works after the summer season, he has been ordered to stop them. 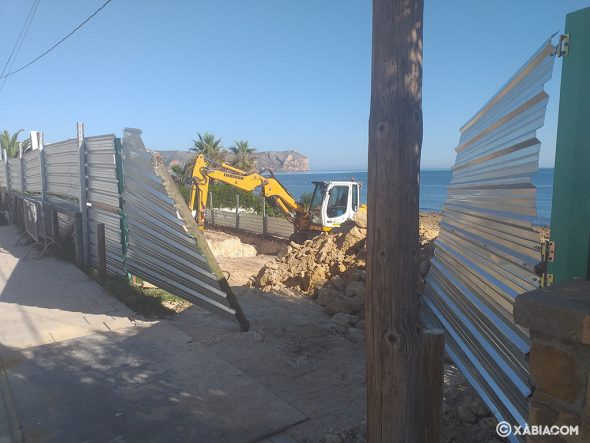 Works on the free plot of the second mountain

Given this situation, from the town planning department a file of urban infraction has been opened to the developer for not complying with the license suspension decreed by mayor "and of not complying with this order will proceed to the precinct of the works after obtaining a new file of the technicians".

Remember that the promoter's intention in this plot is to build a restaurant, an action that has been criticized by neighbors after the work and activity license was granted at first, although it was subsequently suspended by mayor's decree.