This Saturday, 27 in July, at 22: 30 hours, the XXIII AJEDREZ VIVIENTE DE XÀBIA, an initiative organized by 1996 the Comissió of Festes Mare de Déu de Loreto with the collaboration of the City Council and that in 2002 received the award of Fiesta of National Tourist Interest. 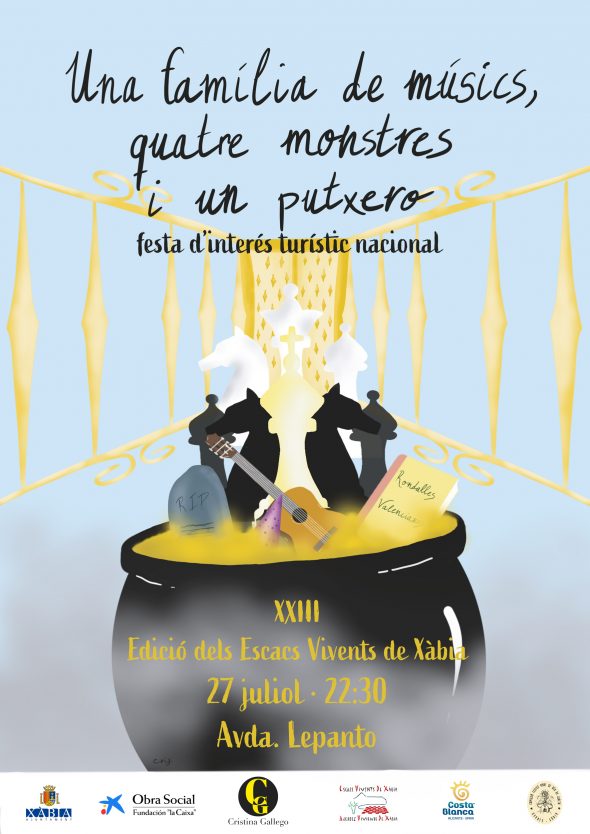 The general coordination of the event is the responsibility of José Erades, member of the organizing committee, Rafael Andarias Esteuan, director of Living Chess and Vicent Gavilà, president of the Comissió de Festes Mare de Deu de Loreto.

In this edition, the pianist of Xàbia, Marta Espinós will be the guest of honor and will be in charge of driving the white pieces. For his part, the scholar Pau Nieto Bou, classified in the Torneig Fogueres de Sant Joan school chess, will read the plays of the side of the black. Mikhail Botvinnik- José Raúl Capablanca, AVRO Tournament, Holland, 1938. 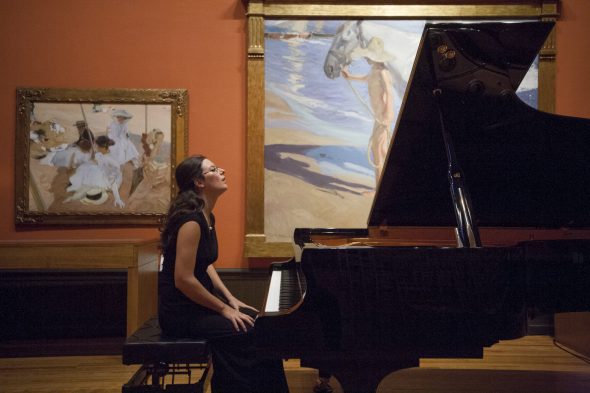 In this edition, a fantasy story will be staged with a double theme. On the one hand, recover our forgotten traditions and, on the other, provide us with a reflection on our culture. The game will tell the story of Joanet, of only 12 years and that after a discussion with his family because he wants to dedicate himself to music, he will visit heaven to teach us all a valuable lesson about remembrance and forgiveness. On this road, full of tender moments as well as absurd comedy, we will meet enigmatic characters such as his great grandmother, famous as all the grandmothers for their meals; an angel in practice a little absent-minded, who with his humor will invite us to live life; four forgotten monsters of the Valencian rondallas or even others more bizarre like a pop diva addicted to smoothies that will make us reflect on the meaning of art. 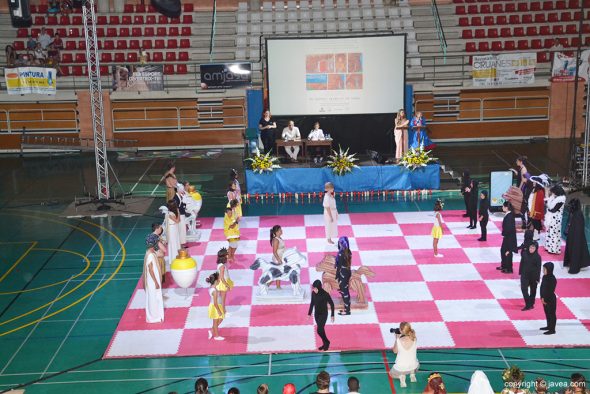 Since last June the group of Living Chess, whose work is altruistic and non-profit, has been rehearsing the work of this edition that will be developed in both Spanish and Valencian. More than a hundred collaborators will participate among musicians, singers, dancers and extras, in addition to the forty students who will play the role of pieces of the game. The Symphonic Orchestra of Xàbia will participate under the baton of Joan Bou, the Salomé Rodríguez Dance Studio and members of the Teatre Jove de Xàbia Workshop.

The representation will be held on the Avenida de Lepanto where stands will be installed to house almost a thousand spectators, with free admission until full capacity is reached.

The young promises of music and interpretation triumph in the Living Chess of Xàbia
August 01st, 2022

The woman, protagonist of the Living Chess of Xàbia in the renewed adaptation of the work Escacs d'Amor
July 26, 2022

The Living Chess of Xàbia returns with the representation of the classic, 'Poema Escacs d'Amor'
July 04, 2022

Living Chess is looking for young performers from Xàbia to complete the cast of actors
June 07th, 2022

Success in the symbolic celebration of the 25th edition of the Living Chess of Xàbia
August 02st, 2021
Leave a comment