Six years ago, a group of friends led by David Tíscar, began with enthusiasm the project of the CD Jávea. His goal, that the first football team in Xàbia was among the best, as well as that the little ones enjoyed this sport with sportsmanship.

Work, dedication and enthusiasm have not been lacking during all these years, but the passage of time and external problems have led this group to have to make difficult decisions, which are not always to everyone's liking, as well as discussions. 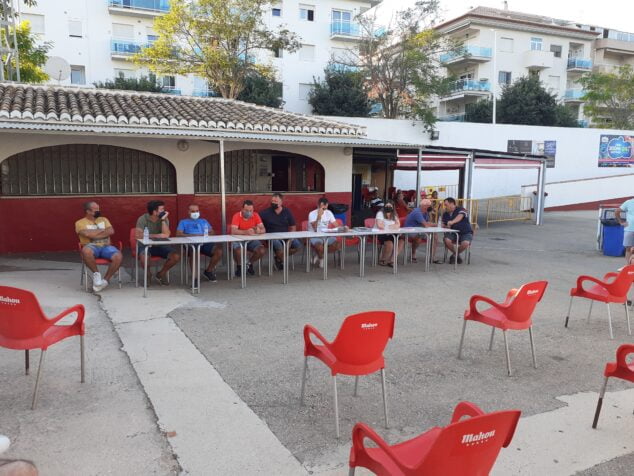 The Board of Directors at the CD Jávea Assembly

"We consider that our stage is over," said the president of the Club, David Tíscar, during the ordinary assembly of CD Jávea held yesterday afternoon, in this way, the board of directors announced his resignation in full. "It is time to give way to new people, young people and new ideas to carry the club forward," Tíscar told this newsroom.

Now, we only have to wait until September 3, the day the elections have been called, to find out who takes the reins of the rojiblanco club that aspires, next season, to be in promotion. Until now, the president of CD Jávea has encouraged citizens to present their candidacy and to be able to get to work as soon as possible on the preparation of the next season.