El CD Jávea He already has a coach for next season, it is Diego Miñana, one of the most prestigious coaches in the Preferred category. Miñana to the last team he led was CD Dénia, who became champion of group IV of Preferente but who could not ascend to the Third Division, falling in the tie against CD Onda.

Miñana was already on the rojiblanco club's agenda last season after the resignation of Juan Carlos Signes, he seemed the best placed to sit on the bench, but the club's technical management chose the option of Roberto Granero.

The coach will not have any problem adapting to the squad since most players already had them in his time as a Dianense coach. He knows the others well enough as he is a great connoisseur of football in the Preferred category, especially in group III. 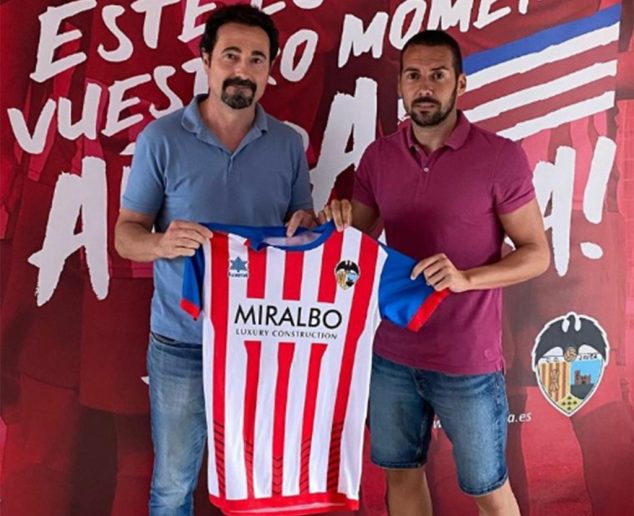 Diego Miñana presented as technician of the CD Jávea

The agreement with Diego Miñana comes after having held other negotiations with other technicians, one of them Granero himself and another Lauro Techeira who seemed to have had an agreement in the absence of fringes to close to be the Xabiero technician.

This Monday everything changed after holding the coach of La Safor, a meeting in which the president, David Tiscar, were present, along with Juan Boluda, Sports Director, and the managers, Rafa Cardona and Vicente Ribes.

Miñana does not come to the club alone since his assistant, César Melo, the physical trainer Juanjo Benavent, Salva, who is the goalkeeping coach and also joins the technical organization chart, a team delegate, comes along with him.

With the hiring of this coach, it is clear that the Xabiero team makes a maximum bet for another season by presenting a very ambitious sports project. The objective is to return to the Third Division, something that CD Jávea has been resisting for too long.

If you like coffee, you have the best at Nostro Café Costa

Hotel El Rodat reopens on July 8 with advantages for early booking and all measures for a safe stay
more promotions Browse Contests
The weather in Jávea
Jávea
July 8, 2020