Fourth place for Julia Miñana in the 'Purobeach Women's Cup'

The well-known regatta Purobeach Women's Cup concluded in the waters of the bay of Palma de Mallorca, within the framework of the Copa de Rey de Vela. In this competition he was participating Julia Miñana, sailor of Club Náutico Jávea. Miñana was about to step on the podium with the team of the Valencian Sailing Federation, since he won fourth place. 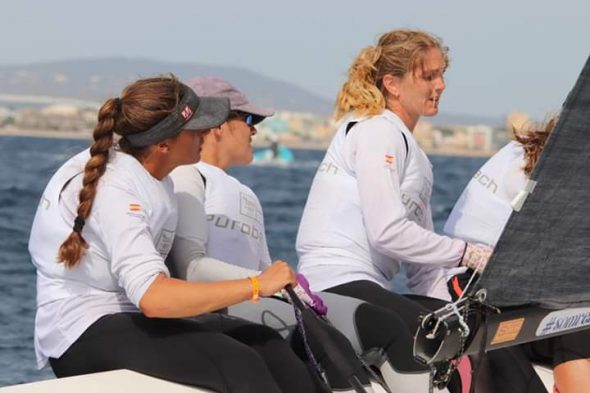 The Valencian crew garnered in one of the sleeves a first place, in another they were third and in two they were fifth. Thus concluded the test with 33 points, compared to the 19 that the Balearic Federation team achieved.

This result showed that the sailor of the Club Nautico de Javea It is at a high level since together with its companions it managed to occupy that fourth position, of a total of 12 boats.

Miñana has returned to the competition these holidays to put himself at the head of the team that the Valencian Federation registered for this competition and has once again demonstrated its enormous value by directing the ship and a crew. Since last season, the young xabiera decided to focus on her university studies and set aside the high competition after reaching the highest levels at the hands of the Javea Yacht Club.