The spokesman for Cs Xàbia, Enrique Escrivá, has transferred the discomfort of some families about the delay in hiring the Summer School of the Javea Town Hall, a contract that began at the end of May and was announced at the beginning of June, "when many fathers and mothers have already organized the activities for the summer period of the little ones".

In the same way, the mayor has proposed that the City Council launch a system of summer children's school vouchers. As the xabiero spokesman has stated, "it would be one more alternative, compatible with the free summer school offered by the City Council", and these checks, to be allocated to the summer schools in Xàbia, would be complementary to the aid offered by Social Services with those families that lack resources to enroll their little ones and also the aid that is provided in the case of children with educational needs
Special. 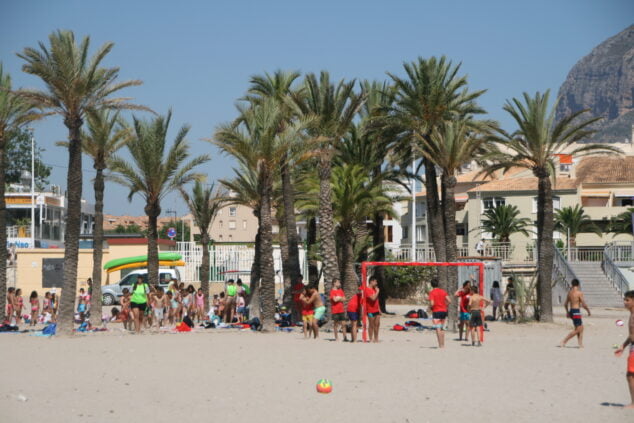 Boys and girls participating in the Escola Estiu Xàbia 2022

"With this measure, we would put one more tool at the service of families", Escrivá pointed out, "because depending on income and family situation, the check would cover all or only part of the expenses, serving as relief to the pocket of fathers and mothers when choosing between the offer of children's summer schools in Xàbia ".

With this measure -Escrivá explained-, not only would the economy of many fathers and mothers be given a break, but we would also continue to promote the local economy of Xàbia, "promoting that the money for the provision of the children's summer school be It remains among the centers, clubs and entities of Xàbia that offer this service”.