In the ordinary plenary session of the Javea Town Hall of the month of March, the spokesman for Cs Xàbia, Enrique Escrivá, has proposed to the local government an item to improve security, prevention, protection and increase surveillance against fires at the Ramblars green waste transfer plant. 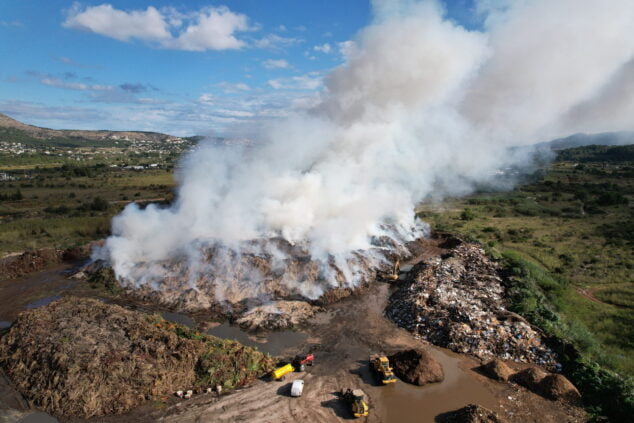 Specifically, Escrivá has urged the local executive to include in the first modification of the budget for the year 2022, an item of 8.000 euros "to start", destined to draw up a specific plan for prevention and protection against fires at the Ramblars plant, that includes, among other measures, "an improvement of the hydrant network or the equipment with thermal cameras that quickly detect any start of fire and a comprehensive 24-hour surveillance service".

A "crucial" measure, according to Escrivá, "to put all the means in this way and act from minute zero to prevent another sad episode for Xàbia such as the last Ramblars fire from repeating itself". Above all, -as Escrivá explained in plenary session-, "after the Ministry has opened a sanctioning file to the Xàbia City Council in which they point out, several times, not having seen in Ramblars any type of prevention or control system to combat the propagation of fires” and that, in addition, the Ministry points to the alleged commission of a serious infraction of Law 22/2011, of July 28, on waste and contaminated soil because the vegetable waste transfer plant is operating without the corresponding authorization of Ramblars, -currently closed to the public-.

"One more reason", -said the mayor-, "to include the improvement of security, prevention and protection against fires in Ramblars in the first credit modification of the municipal budget approved in plenary session", and that despite not being finally including Escrivá's proposal on Ramblas, the local government has promised to study it with a view to the next budget modification.

On the other hand, the spokesman xabiero has asked the local government about the low collection corresponding to the fees for the sewerage service, "barely 300 euros, of the 291.000 planned for 2021". A "very worrying figure", -according to Escrivá-, "if we really want to take on the challenge of modernizing and extending the sewage network in Xàbia and all together face the ecological threat posed by the tide of wipes that appear on our beaches and in the riverbed with each episode of rains”.

No beach for dogs, another year

Finally, the mayor has asked if finally this year from the Department of Services a beach for dogs is going to be enabled, "since since 2019 more than 10.000 dogs have been registered in Xàbia and it is a reiterated claim in the time, which would allow the enjoyment of bathers with their pets in a limited area of ​​the beach”. A question to which the mayor of Services answered again that, despite having 25 kilometers of coastline, this year she does not see the possibility of enabling any bathroom area for dogs.