In the plenary session of Javea Town Hall, the spokesperson for Ciudadanos (Cs) has referred to the lack of concretion of some of the measures that the Acoustic Plan proposes to implement in the municipality. A document that includes a series of conclusions with some unknowns to clear, to which the mayor hopes that the City Council will find a solution, since for Escrivá “after the measurements embodied in this Plan, it is necessary to continue identifying acoustic problems and adopt measures to reduce noise levels in the municipality ”.

In addition, the xabiero councilor has proposed that special campaigns be carried out to control the noise emitted by some vehicles such as motorcycles and mopeds, which have been causing numerous discomfort and neighborhood complaints. 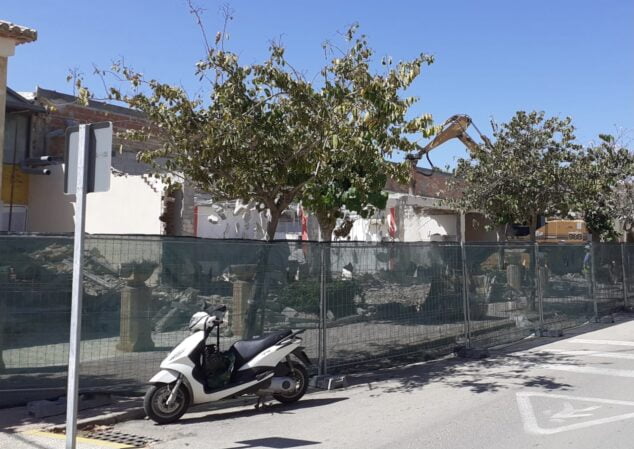 "An action, which surprisingly is not included in the Acoustic Plan, but which is undoubtedly necessary if we want Xàbia to continue being an enclave free of noise pollution, friendly and habitable
for everyone ”, Escrivá pointed out.

Use of the bicycle

Likewise, the mayor has pointed out that Xàbia needs a Bicycle Strategy that consolidates the use of the bike as a clean and safe means of transport, with which to reduce the environmental impact of motor vehicles, "and that happens by increasing the number of bike lanes, currently insufficient in Xàbia, but also for implementing transversal policies to raise awareness and promote the use of bicycles, and not limit oneself to putting bike racks only on the beach, since, for example, in the rest of the centers urban there are some that are totally rusted ”.

In this regard, the councilor xabiero has proposed as one of the measures to be implemented, that a solidarity campaign be started to collect disused bikes to recondition and repair them through an agreement between AMJASA y
the businesses dedicated to the repair of bicycles in Xàbia, to distribute them among people and children with fewer resources through Social Services, "in order to vindicate through a solidarity initiative like this one, the use of the bicycle as a means of transport and raise awareness in the sustainable forms of mobility, while we continue to contribute to incentivize the local economy through this agreement with companies that are engaged, among other activities, in the repair of bikes ”.

Adherence to the Institute of Coastal Ecology

Finally, Escrivá has proposed that the City Council of Xàbia study the viability of joining the Institute of Coastal Ecology to establish "a monitoring plan of the state in which the posidonia meadows are found.
on the xabiero coastline, as the first step in the roadmap to establish actions to protect the wealth and biodiversity of the marine environment of Xàbia ”, in addition to the awareness campaigns and awareness-raising tasks on the marine anchorages that are carried out during the summer campaign by the watchman / informant incorporated by the City Council through the beacon sheet.

28.803
1.975
8.829
772
We use cookies necessary for navigation and traffic analysis. We do not use cookies that provide us with personal data or advertising cookies.
More optionsACCEPT
Manage consents