In the last plenary session of the xabiera Corporation of 2020, the spokesman for Cs Xàbia, Enrique Escrivá, urged the municipal executive to create an Animal Welfare Table, "As a consultative, monitoring and active participation body" between associations, professionals, entities and groups that work and are linked to the protection and respect of animal welfare; and the municipal technical personnel competent in animal welfare matters, as well as by the corresponding council and a representative of each municipal political group with representation in the City Council. 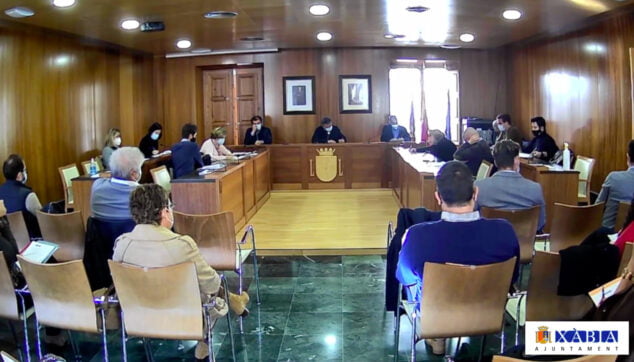 Ordinary plenary session of the Xàbia City Council in December

It is about establishing a "Speaker, that serves as a channel of communication and direct participation" between these entities and the City Council when transferring demands, needs, proposals and coordinating actions related to animal protection and welfare, "How is the management improvement or the increase in the number of pet parks"Escrivá pointed out.

Likewise, the mayor xabiero reminded the municipal executive that "If we really want to enable beaches for dogs, as requested by pet owners, we will have to foresee the necessary regulatory changes in the ordinance of coexistence and citizen security that contemplate this possibility, in addition to planning which beach or beaches will be enabled for the pets without harming the rest of the bathers ".

In the same vein, the orange spokesperson pointed out the need for the council to draw up a specific ordinance for the protection, responsible ownership and coexistence of domestic animals, which serves as a framework for action "To continue advancing in raising awareness of respect for animals, and the importance of responsible adoptions, as well as to combat animal abuse and raise awareness of incivility and lack of urban cleaning of the streets of Xàbia", a problem that residents of different neighborhoods and commercial areas raise about the dirt, discomfort and bad smells of urine and animal excrement. "An image that harms Xàbia and that could be combated by putting dispensers of biodegradable bags for excrement, in different parts of the municipality, apart from being distributed in the Tourist Offices, and modifying the ordinance to include the obligation to carry a bag and liquid to clean any animal deposition "Escrivá pointed out.

Finally, the councilor of Cs thanked the work carried out by the volunteers from the Catland and Jávea Feral Cat associations, to remove debris and remains from a plot in Thiviers where one of the largest cat colonies is located; However, it has asked the City Council to make an effort to require the owners to clean the plots and, where appropriate, the City Council is responsible for the cleaning in a subsidiary manner. Along these lines, the mayor has promised to monitor these requirements to see if they are really met.

Benitatxell takes stock and closes 2020 with an accumulated 3,6 million in subsidies in two years
December 31 2020