The spokesman for Cs in the Javea Town Hall, Enrique Escrivá, has referred to the opinion of the Anti-Fraud Agency, which has revealed this week the digital media XABIA AL DIA, and which forces the closure of seven stores in Punta del Arenal of Javea, as "the umpteenth example of inactivity of the municipal government", which despite being aware of the irregularities of the premises through the reports of the City Council's own staff, has been passing the 'hot potato' to the Ministry, thus avoiding having to formalize the closure of some premises without a license or authorization from Costas. 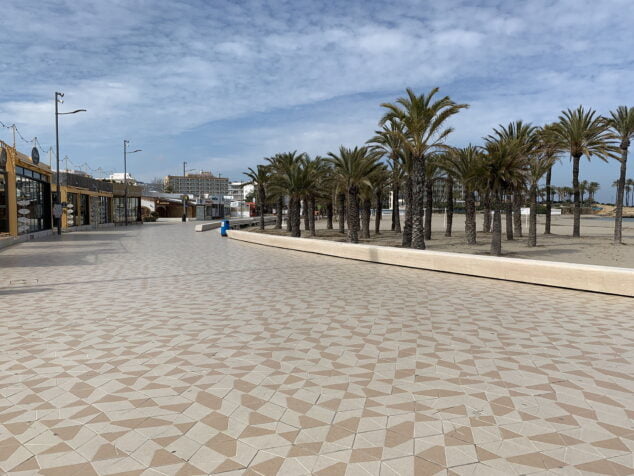 "With its negligence, passing the ball from the local government to the Ministry and vice versa, in the end Xàbia loses, and this leaves us as the red lantern of the tourist towns of the Valencian Community", -continued the mayor- and more taking into account , that the premises located in the area of ​​Punta del Arenal, support a large influx of tourists and are "a hot spot for nightlife". However, the most worrying thing for Escrivá is that "it gives the feeling that the local government has preferred to hide behind the Conselleria, without following the instructions to demand compliance with the regulations that the municipal technicians have made, thus avoiding making a drastic decision, but necessary for security and compliance with the law, such as the closure of these premises”.

An even more serious situation, “taking into account that it was the City Council itself that announced three years ago that the licenses of the premises in this area were going to be reviewed, but instead, since then we have not heard anything despite the questions I asked. in plenary session last September. For this reason, "from Cs Xàbia we will ask the Department of Urban Planning and Activities to put black on white, why these premises were not closed if, as indicated by the opinion of the Anti-Fraud Agency and the reports of the City Council staff, there were plenty of reasons to decree the closure of some premises that do not comply with the law regarding fire evacuation.”

As Escrivá pointed out, “it is necessary to clarify, as soon as possible, why all the necessary actions were not carried out to enforce the regulations and, where appropriate, close these premises, because otherwise, many neighbors and owners of other businesses, which do scrupulously comply with all the regulations, will wonder if the City Council would have thrown balls out if, in their case, they would have been the ones who had breached ".

Finally, the spokesman for Cs has regretted that another of the reasons given by the local government for not adopting any measure in this regard, is the lack of City Council personnel, "since they have hidden behind the lack of means, but instead It has taken four years to approve budgets that take into account the lack of personnel suffered by many departments, such as the technical area of ​​the City Council”.