The spokesman for Cs Xàbia, Enrique Escrivá, has asked to know the analyzes carried out in the waters of the Arenal Beach d Xàbia, those carried out both by the EPSAR and by the General Directorate for Water Quality, as well as the independent microbiology analyzes commissioned by the Javea Town Hall, due to the breakage of the emissary of the Arenal Beach and the treated wastewater that is being dumped 50 meters from the beach. 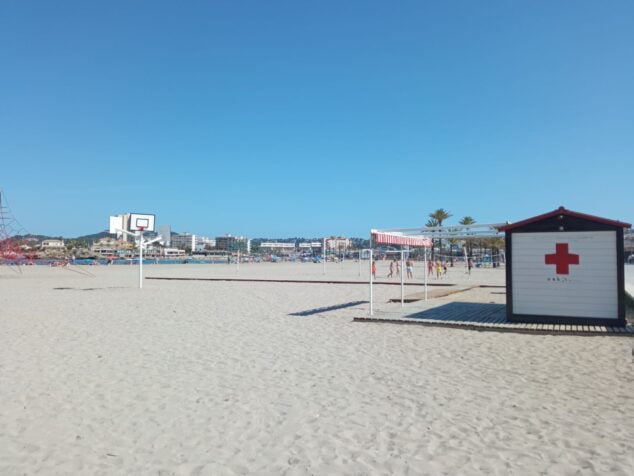 In this line, the mayor has asked the local government "to publish in a section of the City Council's web portal the results of the water quality analyzes carried out", as well as those of the new samples that are analyzed while the works continue. repair of the outfall, and has continued by pointing out that “since the local executive ensures that the waters of the Arenal have optimal levels for bathing, there is no better way to clear up any doubts than to make these analyzes public. In addition, bathers deserve all the guarantees that bathing and enjoying one of our emblematic beaches, such as the Arenal de Xàbia, is safe.
In this sense, Escrivá has requested a "joint action plan between the City Council and EPSAR, to prevent another failure of the submarine outfall from ending up spoiling the summer season in Xàbia".

For this, the xabiero spokesman maintains that "the Chulvi government must stand once and for all in the Conselleria to demand improvements in sanitation and purification infrastructures, especially because of the almost 3 million a year that the City Council collects and transfers to the Conselleria in matters of sanitation, no improvement is foreseen in our treatment plant", as can be deduced from a press release from the Ministry itself, "where among the investments that it announces in the province of Alicante is not Xàbia, and there are already 5 years that we have not received a single euro in investments”.

Cs Xàbia asks for a joint action plan to solve the problems raised by the Merchants' Associations of Xàbia
August 05st, 2022

Opinion Rosa Cardona (PP): «For an effective protection of Posidonia, in addition to a mobile app, it is necessary to manage sanitation»
August 05st, 2022

Compromís Xàbia statement: «The Arenal disaster is due to the paralysis and reluctance of the local government»
July 27, 2022

Cs Xàbia asks to clarify the causes of the fecal contamination of the Arenal beach
July 27, 2022

Podemos Xàbia demands the implementation of measures to solve the problem of discharges in the Arenal
July 27, 2022

Cs Xàbia echoes the discomfort of families due to the delay of the Summer School and proposes a 'check system'
July 13, 2022
Comments